The team was selected upon completion of the CSA Franchise Academies tournament that was hosted in Potchefstroom the past week.

The SA Colts team will participate with the SA Forces- and SA Tertiary teams in the CSA Future Cup tournament.

Other SWD players who were previously selected for the SA Colts team are Hanno Kotze (2015) and Otneill Baartman (2016). 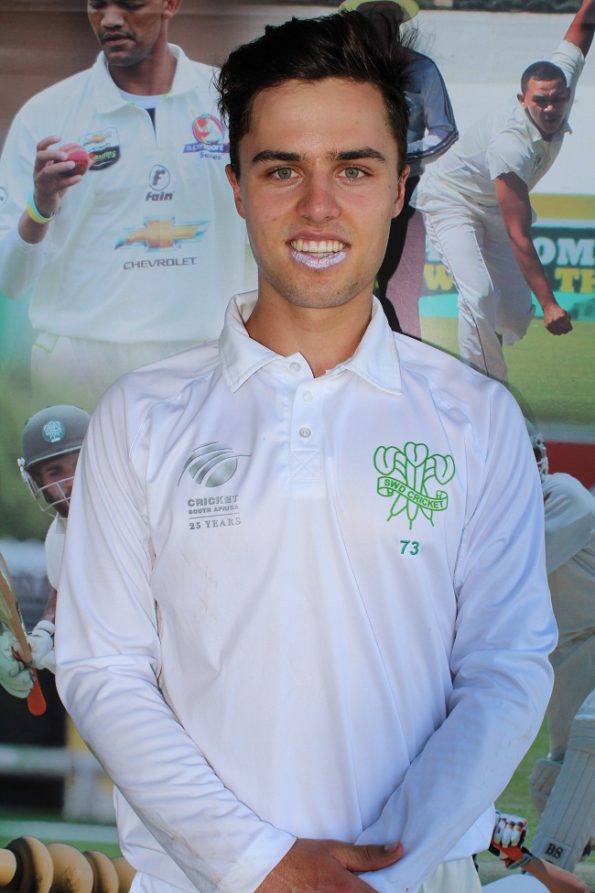