The music video for Len Muller’s hit single, EK GLO, has just been released. It takes the audience on a couple’s relationship journey, filled with enough tenderness to complement the heartfelt lyrics and soulful interpretation of the song. 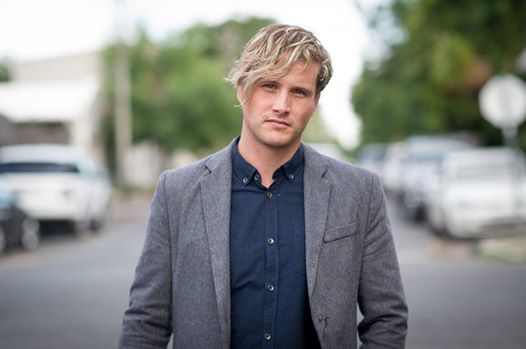 Len, who is renowned for his captivating lyrics and soothing voice, started his solo career in 2012 when he decided to trade the sandy beaches of Richards Bay for the city lights of Pretoria. His debut album, Doodgewone Avontuur, was released in 2015 and officially launched his career in the South African Music Industry. This masterpiece also got him nominated for various Ghoema- and Tempo awards, including Male Artist of the Year and Newcomer of the Year. His debut single, Smag na Jou, remains a firm favourite and was used on the soundtrack of the romantic comedy, Strikdas. The song, Vir Die Een Wat Geval Het, with Joshua na die Reën, made big waves in the music industry in 2016 and still gets regular airtime on radio and television.

EK GLO, which was released in 2016, is the first single from his new album, Oog van die Storm, scheduled for release in June 2017. The song, produced by Gideon Botes, stays true to the Afrikaans-Acoustic style that made him famous and was written by the artist himself. “The song stems from a season where I had to take leaps of faith to fulfil my calling. Faith is what carried me through during this time. In a sense you could say that the song is an invitation to believe – to believe in a Creator that lays the path out for us and also to believe in the things that He placed within each one of us,” he says. “I wanted to write a feel-good song with a positive message that would inspire listeners to dance and be happy. I also hope to inspire people to cling to their faith, no matter what their circumstances are.” The single was very well received and topped the music charts of radio stations, across the country, for several weeks.

The footage used in the music video, was collected and compiled by Duck Soup Productions over a period of time. “Good friends of ours had a beautiful video made of their wedding day. A few years later, when they were expecting their firstborn, they did a pregnancy shoot at the exact same location. The idea with the video is to share the love story of a couple, who takes a big leap of faith every day. We wanted to show people that you can be happily married if you choose to take a leap of faith with the one you love,” says the singer. “I think that it is something that people need to see. I hope that it fills viewers with hope, especially those who are struggling in their relationship.”

Although there were some challenges behind the scenes, Len enjoyed the experience. “It was good seeing everything fall into place and to express myself through the staging of the song in the video,” he says. The beautiful story, playing in the background, is the perfect match for his heart-rending rendition of this popular track. The result is perfect and will make fans fall in love with this talented artist all over again. Watch the video here: