At the start of the first school day of the grade ones at Laerskool Sedgefield Primary, the grade ones were interviewed and asked what type of work they would like to do one day. 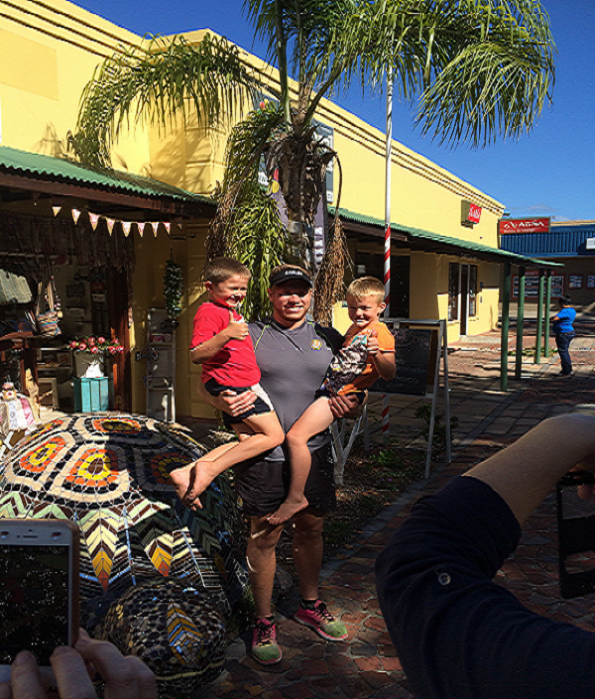 There were two boys, Hanre Du Plessis and Michael-Jay Roets who indicated that they would like to become rugby players.

Juandre Digue, currently playing loosehead prop for the SWD Eagles ex-pupil of Laerskool Sedgefield Primary wanted to meet them and talk to them about their choice of career.

On Saturday 25 March 2017, Juandre got the two boys together and gave them each a gift pack which consisted of some Henties Juice , T shirts sponsored by Corporate and Branding House and some energy breakfast cereal.

Juandre took this opportunity to tell them to never stop dreaming and he stressed the importance of studying at school and do their homework everyday.

After completing his school career at Oakdale Agricultural School, Juandre was invited to join the SARU SWD Rugby Academy at the Saasveld campus of NMMU.

He obtained a certificate in IT and is currently studying education trough Unisa.

The two boys invited Juandre to join them for touch rugby every Tuesday and Thursday at the field where everything started for him.

The day was enjoyed by everyone present.