It is harvest season in South Africa. At the Southern tip of the continent, winemakers across a 500 km stretch of fertile soil are picking their grapes,  the first step in an almost ceremonial exercise that ends with wine bearing the South African flag heading to all four corners of the globe. 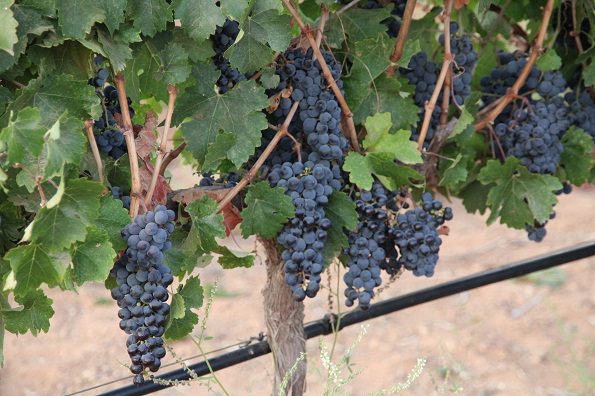 In a global marketplace, the grape is a precious commodity for a country where unemployment levels are a constant concern. Agriculture is South Africa’s financial bedrock and winemaking is its star; the country’s third biggest export behind only minerals and cars.

If the grape is a jewel, harvest season is the time when those jewels are assembled on the crown. March is crunch time, and to the west, in a tiny yet unique winemaking zone known as Koekenaap, production manager/winemaker Klaas Coetzee and his team at Stellar Winery are putting the finishing touches to this annual rite of passage.

“Competing with winemakers on a global stage is no easy task,” says Coetzee, who is Stellar’s chief winemaker. “To date, South Africa accounts for a mere 3% of the world’s wines, but the upside is that grapes have a personality you can’t surpass, and Koekenaap produces a flavour you won’t find anywhere else in the world.”

Sandwiched between the Atlantic to the West and the mouth of the Olifants River to the East, Koekenaap is an anomaly: cool and temperate yet desert too. Temperatures are accommodating, yet rainfall stays away. “The absence of rainfall minimises the potential for fungal disease, and the natural vegetation surrounding the organic vineyards protects them from contaminants,” says Coetzee.

This unique terroir is one of the reasons Stellar ships as far and wide as Canada, Japan, Malta, Madagascar, and Reunion. In the UK alone, the brand has 40 different wines on sale, the majority of which herald from this small slice of land. Terroir is defined as the “complete natural environment in which a particular wine is produced.” The region accounts for 100% of Stellar’s white wine and 30% of its red wine grapes.

As every wine lover knows, terroir makes all the difference. The unique climate and prevailing weather of a region will not only determine whether grapes will grow, but how they’ll translate into wine. Koekenaap produces white wines with a flinty mineral character. Head a few kilometres inland, towards the Olifants River, and the flavour is different. Koekenaap’s combination of cool temperatures and dry atmosphere influences a taste you don’t get anywhere else.

Coetzee and his team harvest the grapes at night, when the even cooler temperatures preserve the freshness and fruitiness of the flavours. These precious fruit were once picked by hand, but Stellar now employs a state-of-the-art harvester to take care of the work. The harvester is dubbed the Pellenc Optimum, an innovation that has been in use at the farm since 2016.

In a business where you want grapes to be sent to the cellar as quickly as possible to minimize juice loss and oxidation, a machine like the Pellenc Optimum has transformed fortunes. The Optimum is shipped all the way from France, but Klaas and his team see it as a worthy investment. It is technology, Coetzee says, that has allowed South Africa to compete on a global stage.

“Our bouquet is first-rate. It’s a question of terroir, and having state-of-the-art equipment makes all the difference,” Coetzee says.

By April, the harvest will be over and the last grapes will be transported to the cellar to be fermented and bottled, before the wines of the new vintage leave South African shores, transporting the Koekenaap terroir abroad.

“Overseas markets are picking up on our wine,” says Coetzee, “realising the quality and value we offer.” International pundits agree. In 2016, Stellar’s Sauvignon Blanc/Semillon won the Trophy for the best organic wine at the Michelangelo International Wine and Spirit awards.

2017 could be even better. March temperatures have been lower and rainfall has stayed away, prompting Coetzee to point out that the aromas emanating from the fermentation bouquet are the best he’s experienced “in a long time.”

The Chenin Blanc and Sauvignon Blanc will be bottled soon, with the first white wines available in Europe at the end of May or beginning of June.

“It is a privilege to be a part of a global market and to represent South Africa, and our region in particular. Wine has a storied place in history; it is a fixture of art, culture and human expression, and this is our own unique offering.”

While South Africa is a small winemaking nation, it is a growing one, and a brand like Stellar is helping to bring attention to the unique terroirs at the southern edge of the African continent.

Stellar Winery is organic, fair-for-life certified and vegan-friendly. See their story and view their range at http://stellarorganics.co.za/.