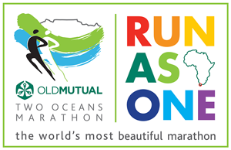 This significant economic injection into the City and region makes the OMTOM the largest running event on the African continent.

The event’s economic impact was calculated in an independent study in 2016, which was done after the Western Cape Government appointed the Universities of Cape Town and Stellenbosch, together with the Cape Peninsula University of Technology, to collectively develop a standardised framework to measure, monitor and manage the impacts of events events in the Western Cape.

“Two thirds of the Ultra Marathon field alone come from outside of the Western Cape, and we attract an increasing number of international runners to the race year on year. These runners arrive with friends and family, and the City enjoys an estimated influx of approx. 100,000 visitors over Race Week.”

The study also shows that visitors spend a few days in Cape Town, and make the most of the experience by travelling to and enjoying other attractions in the wider region – positively contributing to local businesses, restaurants and hotels.

“The OMTOM is also a driver for job creation, skills development and skills transfer within the B-BBEE framework,” adds Ms Vosloo. “In 2016, 685 permanent, and over 16,000 temporary jobs were created in the run-up to the event. Many of these employees received training to perform their duties, which will stand them in good stead for future employment.”

The OMTOM has come a long way since 26 runners lined up at the start in 1970. With entries selling out in record time in recent years, 2017 will once again feature more than 30,000 runners from around the world participating in the various events on offer on Race Weekend.

“It is therefore befitting that our theme is Run As One. In running, the road is the greatest equaliser. And whether you work in a mine or run a corporate giant, it is ultimately your training that sets you apart when you run towards the finish line on Race Day.”

Broadcast partner SABC 2 will provide live coverage of the OMTOM between 05h30 and 13h30. The event will also be live-streamed via SABC2 on the OMTOM website, with various live crossings on a number of SABC radio stations  on Facebook.

It is the 18th year that Old Mutual is the title sponsor of the event. Other major partners include adidas, Powerade, and the City of Cape Town.

It is anticipated that the 2017 OMTOM will once again make a significant economic impact on the City.