The SWD Twenty20 champion, Union Stars from Oudtshoorn, failed to qualify for the National Multiply T20 Community Cup competition when they lost both their qualifying matches on Sunday.  The matches were played at Brackenfell against the respective champions from Boland (Brackenfell) and Western Province (Belville). 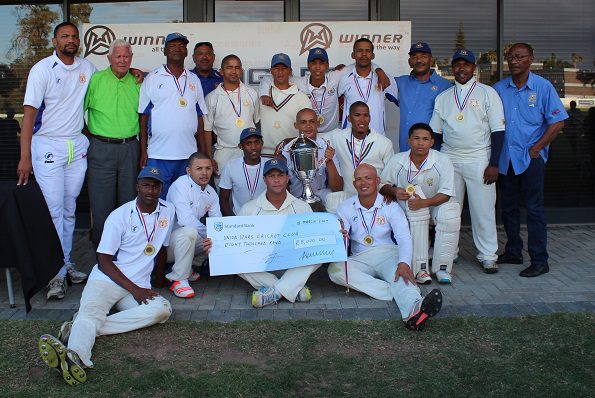 The Oudtshoorn-based team lost by 6 wickets against Brackenfell and was defeated by 43 runs against Belville.  Brackenfell, who was undefeated in both fixtures will represent Western Cape at the national tournament.

This weekend Union Stars will travel to Paarl for the Momentum Cup 50 over competition play-off matches.  The fixtures are:

All matches will be played at Boland Park starting at 10H00am

The summarized score cards are: