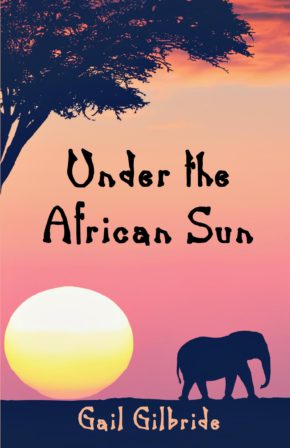 The story opens when Deborah Morley, newly graduated from university and living in Cape Town, hears a radio flash that the man she is in love with, activist Chris Jarvis, her former political lecturer, was involved in a car accident and is in a critical condition at a Pretoria North hospital. The time is the 1970s when apartheid’s grip is getting worse and the security police are everywhere.  Deborah is an intern on a Cape Town daily newspaper and she is told to shadow political reporter Charlie Parker, but after watching him in action and hearing how BJ Vorster, the Prime Minister, is going to deal with the unrest, Deborah decides hard news reporting is not for her and is moved to Panache, the lifestyle section of the paper, where she covers design shows, fashion and other social events much to Chris’s disgust. Deborah is really naïve, despite her university degree, and she appears to be oblivious to the drama going on around her. Until she is questioned by the security police who have been keeping an eye on her because of her relationship with Chris, who is really interested in only one thing: the Struggle while Deborah is dreaming of  a fairy tale wedding to Chris and a house in the suburbs. But he has other ideas. Anyway he thinks it’s bourgeois. Her friends Julie, Boetie and Charlie keep telling her that Chris is not the one for her. Even after accident that leaves Chris in a wheelchair and makes it plain to Deborah that there is no room for her in his life, she still clings to the vain hope that he’ll change his mind. After the harassment from the security police and a harrowing “interview” with the security police at the airport, Deborah decides she needs to “unscramble her life”, resigns from the paper and travels through the UK, Spain, Portugal, France, Germany, Switzerland, Austria and Italy, where she meets an old friend … Under The African Sun is a love story set against the backdrop of the 1970’s unrest but somehow it doesn’t seem to reflect the urgency or the angst of those tumultuous times. Gail Gilbride lives in Hout Bay and she was completing her Politics Major at Rhodes, and according to the jacket’s blurb, the 1976 Soweto Riots “was one of the many traumatic events” which inspired her to write Under The African Sun. Despite its bland title and the proofing errors (Castle beer with a lower case c; and the Gardens for the Compnay’s Garden, to name some), it is an entertaining read, ideal for whiling away a lazy Sunday afternoon.