Theatre ticket sales up from 2016 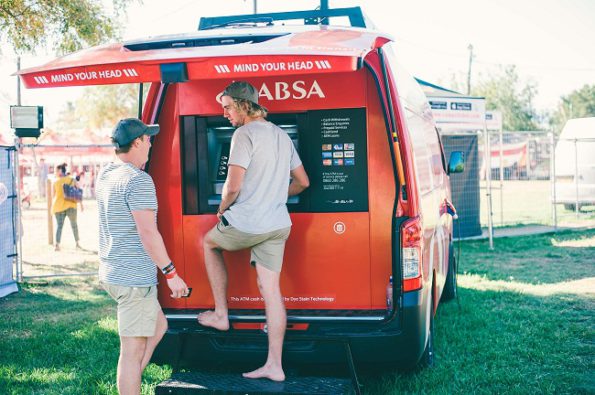 “Initial ticket sales suggest that the KKNK is healthy. This year we sold 6% more theatre tickets than last year and we are especially proud of the fact that ticket sales for the Uitkampteater more than doubled compared to last year’s first endeavour,” says Rhodé Snyman, chief executive of the KKNK, the annual arts, culture and music festival that wrapped up in Oudtshoorn last Saturday (15 April).

According to Snyman this year’s festival program contained a few unique experiences. At the Uitkampteater, the show Diep and Wentel, the Dutch adventure with mirrors, was well attended and the extension of this project to include children’s theatre at Arbeidsgenot turned many young festivalgoers into theatregoers. At the substantial street theatre programme in Baron van Reede Street, theatregoers could become artists, which attracted big audiences.

A project was also launched to educate new theatre critics. “Kritiek is aimed at the promotion and support of art journalism in South Africa. The purpose is to give individuals with an interest in art journalism the opportunity to acquire the skills of writing analytical and in-depth reviews,” Snyman says.

Hugo Theart, creative head of the KKNK, says the content of the festival programme was of an excellent standard. “It was great to experience the wealth of young talent, while their creativity and enthusiasm was an inspiration. What a joy to celebrate South African art and culture in the Klein Karoo,” he says.

According to Theart there were countless other jewels in addition to the theatre and musical productions, like the street theatre that brought art from all over the world to Baron van Reede Street, the ATKV-kampvuuraande with Danie Marais and Haidee Muller, the excellent shows at the Uitkampteater, the addition of Speelbos – a new area for children – and also the much anticipated ceremony where Evita Bezuidenhout was awarded the freedom of the town.

“Daniel Hugo’s choice hand and experience with the book programme was a highlight. It was an honour to have politicians, poets, writers, actors, editors, technicians, artists and musicians together in the Klein Karoo – not only to entertain the audiences, but to debate, argue and to tackle the problems of our country and the world by the means of art,” he concludes.

“We would like to thank all the sponsors, partners and festivalgoers who experienced the KKNK with us and look forward to continue the festivities next year from Thursday 29 March to Wednesday 4 April 2018 in Oudtshoorn,” says Snyman.