It’s the year of the newcomer. The list of SAMA23 nominees is dominated by new artists who released their debut or second projects in the past year. They are making great strides in the music industry, proving that youthful exuberance sometimes trumps experience. 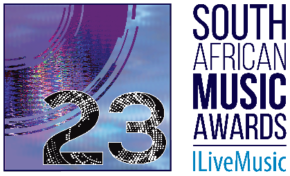 The nominees were unveiled at Destiny Exclusive Hotels in Kempton Park, to much fanfare and celebrations. Nhlanhla Sibisi, RiSA CEO toasted the achievers. ‘This is the year newcomers take most of the limelight undoubtedly. It is truly encouraging to see so many young and new artists dominate the list. It can only bode well for the industry. The future is bright and we couldn’t be happier for them.’

Rap wunderkind Nasty C leads the SAMA23 pack with an impressive six nominations. His Bad Hair Extensions album earned him nods for Best Newcomer of the Year, Best Male Artist of the Year, Best Album of the Year and Best Rap Album. To top his SAMA23 honours, his videos Don’t Do It and Good Girls are in the running for Best Music Video of the Year.

The Best Duo/Group of the Year is a battle between The Soil (The Soil); Jaziel Brothers (Jaziel Brothers); Soul Kulture (Ngeliny’ilanga); The Parlotones (Trinkets Relics and Heirlooms); and Black Motion (Ya Badimo).

The coveted Best Album of the Year is a mesh-up of genres that will see established names square off against newcomers as Kwesta (Dakar II) competes with Black Motion (Ya Badimo); Amanda Black (Amazulu); Nasty C (Bad Hair Extensions); and Thandiswa (Belede).

In the genre specific categories, it will be battle royale in the Best Rap Album as Nasty C (Bad Hair Extensions) goes up against A Reece (Paradise); Khuli Chana (One Source); Kwesta (Dakar); and Stogie T (Stogie T).

In the Best Contemporary Faith Music Album Dr Tumi is nominated twice for his releases Heart of A King and Love and Grace. He faces stiff competition from Khaya Mthethwa (The Dawn); Lebo Sekgobela (Restored); and We Will Worship (Mmuso).

The Best Afro Pop Album is a clash of the titans as Jaziel Brothers (Out of the Box) go head to head with The Soil (Echoes of Kofifi), Robbie Malinga (The Duets), Vusi Nova (Naninina) and Musa (Mr Serious).

The Best African Artist gong will be fought over by Jay Prayzah, Oliver Mtukudzi, Patoranking, Vee Mampeezy and Vuyo Katsha.

The glittering SAMA23 ceremony will be held in Sun City resort in the North West province on May 27. North West provincial government director of marketing and communication Shuping Sebolecwe commented: ‘The return of the SAMA23 in the province is very significant and could not have come at a better time when we are Rebranding, Renewing and Repositioning Bokone Bophirima. We are equally excited because this is not only going to be an entertainment event but an event that also concretises the five concretes of the fifth administration and contributes to the socio economic conditions of our people

‘They are a cultural expression of the national resolve to create social cohesion amongst the citizenry. An event of this magnitude puts our province and government on the map and is an event that shows that through Arts and Culture people can change their lives. The Department of Culture, Arts and Traditional Affairs wishes every nominated artist the best of luck. It always seems impossible until it is done.’