Nearly forty years after he began one of music’s most remarkable careers, Johnny Clegg is embarking on his Final World Tour, titled The Final Journey. 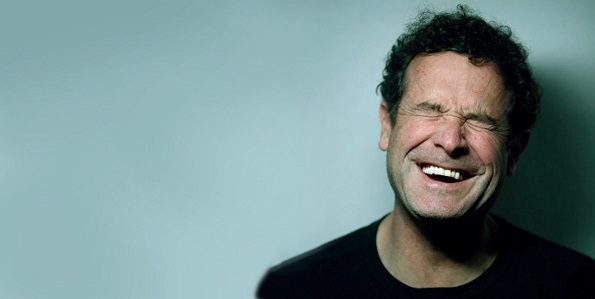 Johnny Clegg was diagnosed with cancer in 2015 and underwent chemotherapy treatment.  Throughout the treatment he continued to tour locally and internationally undertaking a nine week tour of USA and CANADA in 2016. Johnny is currently finishing a new album and his autobiography. As he is in remission, Johnny has decided to use this opportunity to perform a final set of concerts in SA and overseas to thank his fans for their support over the 35 year long journey that spans his career.

Through his bands Juluka and Savuka, Clegg pioneered a uniquely South African hybrid music during a time of cultural and racial segregation. His music always offered a vision of how South Africans could find each other and the possibilities of a non-racial future. For this reason, the South African leg of the tour has tremendous import for him as it was South Africa and all South Africans that shaped him as an artist.

The iconic South African artist will start this live journey on July 1st with one show only at Grand Arena, GrandWest in Cape Town. The tour will then move to the Teatro at Montecasino for two Johannesburg shows on July 7th and July 8th, before Durban audiences get the opportunity to see Clegg live, with a show at the Durban ICC Arena on July 29th.

Following these four South African dates, Clegg will begin the international leg of the tour, starting with shows at the Eventim Apollo in London on August 19th and a show at the Dubai Opera House on September 20th.

The tour will be built around Clegg’s unparalleled repertoire of songs which began with the release of Juluka’s Universal Men in 1979 and continued through the Savuka years and his more recent solo work.

Clegg’s many different hits and live favourites will be brought to life by the biggest production ever created for a Clegg live show, supported by his world-class live band.  A highlight of the shows will be the different styles of dance that have been integral to Clegg’s life and work, ever since he learnt the fundamentals of Zulu music and traditional Zulu Inhlangwinini dancing with Charlie Mzila while still a teenager. Guest artists include the Soweto Gospel Choir.

As the tour unfolds, there will be some special surprises lined up for the audiences.

Johnny Clegg said “This will be my final set of public performances for my fans in SA and around the world. I am immensely excited to be able to bring to them an autobiographical, audiovisual and intimate account of my life through my music and The Dance. ”

“Johnny Clegg is more than just one of this country’s finest musicians and entertainers. He is a national treasure who has brought together all South Africans and reminded us of what makes us great as a country.” says Cyril Ramaphosa.

“Johnny is taking time off to write his autobiography and spend time with his family and do the things he hasn’t been able to do due to an incredible work schedule”, said long time Johnny Clegg manager and promoter Roddy Quin. “It’s been a privilege to have travelled such a long journey with Johnny and an honour to have worked and shared so many incredible experiences with him. It has truly been inspiring. And so we are excited to present The Final Journey with 4 incredible shows in SA in July and the tour, which will stretch across the world over the next few months. Johnny will still continue writing, recording and will partake in a few private engagements.”

Johnny Clegg: The Final Journey World Tour represents the peak of a career that has combined near matchless music success with sustained – and significant – social, political and cultural impact.

Clegg’s recorded output as part of Juluka, Savuka and solo has earned him millions of record sales, countless awards and nominations (including a Grammy nomination) and multiple international releases, all eagerly consumed by a truly global audience. He was the forerunner of combining Western musical styles with African ones, sparking a revolution in South African music that can be still be heard in the work of artists today.

Most potently, Clegg’s ability to illuminate the connectedness of all human beings through his music meant he was a pioneer of social cohesion in South Africa. He also provided a portal for international audiences to gain a deeper understanding of the anti-apartheid movement and the journey towards, and ultimately into, freedom.  For this, Clegg has received many different honours including an OBE (Officer of the Order of the British Empire), the South African Order of Ikhamanga and the French Chevalier des Arts et Lettres (Knight of Arts and Letters) , as well as several honorary doctorates.

Booking for the South African dates of Johnny Clegg’s Final Journey World Tour open on April 25th. Tickets for this unmissable event are expected to sell out fast as fans ensure they don’t miss this South African on his Final World Tour.

Additional South African and international dates are set to be added later in the year for what promises to be the most powerfully emotional live shows of a truly singular South African – a dancer, anthropologist, singer, songwriter, academic, and activist like no other.