Hypertension, or high blood pressure, is at epidemic proportions in South Africa. According to a 2013 Heart Foundation report, 6.3 million South Africans live with the disease, a condition which is denoted by a blood pressure reading of 140 over 90 and higher. 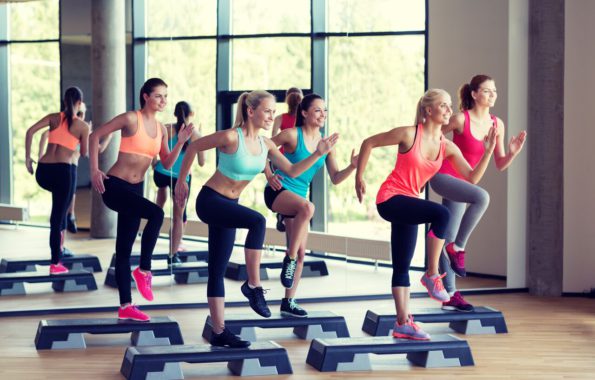 In fact, a 2014 study by the World Health Organisation concluded that South Africa has one of the worst rates of hypertension globally. In a survey of six nations (Russia, South Africa, Ghana, China, India and Mexico), South Africa fared worst.

While this particular test was confined to people aged 50 or over, the notion that high blood pressure only affects the elderly, is untrue. Poor lifestyle habits and improper diet have led to high levels of stroke and heart disease in a country where climatic conditions couldn’t be more ideally suited to exercise and proper eating.

South Africa is a major farmer of fresh fruit, vegetables and lean meats, and it boasts a sports-mad culture. Somehow, the food we’re eating and the exercise we’re getting just isn’t good enough.

Here are some tips to keep hypertension at bay, and advice on how to live with it if you’re one of the millions affected.

Experts are in agreement. Raising your heart rate and developing a sweat is good for you, and doubly good for your blood pressure. The more you exercise, the more your heart is exerted. It grows stronger in the process and is able to pump more blood with less effort.

“You don’t need to be lifting weights to have enjoyed a good workout,” says Ivana Buchanan, national fitness manager at Zone Fitness. “Simple aerobic exercises like running or skipping are more than effective.”

Buchanan recommends getting a 40 minute sweat in the gym three to four times a week, at least.

“You can also start developing better habits when you’re away from the gym and at work. Take the stairs rather than the lift; pre-pack a lunch that keeps you away from the corner shop.”

Finally, Buchan advises keeping a photo diary of the gains you’re making in the gym. “As soon as you commit to a more active lifestyle, start recording the changes in your body. I’ve seen a lot of people gain the motivation they need to keep going just from before and after pictures.”

You are what you eat – and that includes salt

South Africans eat too much salt. It’s in our bread, our margarine, our butter, our breakfast cereals and even so-called “healthy” savoury snacks.

South Africans also have an unhealthy obsession with it. Speaking to the SA Heart Foundation, Professor Krisela Steyn described a culture where adding excess salt is common. Steyn’s findings were as follows: “In most Westernised countries, discretionary use [of salt] is small – only about 15%. But in South Africa, up to 40% of salt is added by individuals to their food.”

The unassuming salt shaker is found in almost every household kitchen and lines the tables of almost every restaurant. That’s far from the norm. In Mediterranean countries like Spain, salt shakers are noticeably absent in restaurants and have to be requested specially for the table.

As for healthy eating, WebMD recommends sticking to a diet low in saturated – and total – fat. Offending foods include fatty beef, pork, lamb and dairy products like cheese. Also: skip processed foods, including cereals and tinned goods. They’re loaded with salt and sugar.

You also won’t do yourself any harm upping your vegetable intake. Let’s be frank: there aren’t many people eating greens day in day out that looked like they’re going to get a stroke.

So, what about those millions suffering from the disease?

If you have hypertension, both are a big no-no. Nicotine and alcohol elevate your heart rate and temporarily increase blood pressure, causing the arteries to tighten in the process.

Easier said than done, right? Stress is an almost everyday occurrence in our lives, but relaxation techniques that include controlled breathing and meditation can be hugely beneficial.

What’s 40 minutes of your day out of 16 hours? Exercise doesn’t need to be a long, hard slog. No, it should be viewed with enjoyment and is a great stress reliever too.

In the end, South Africans are suffering from a lack of education around the subject, which is why initiatives like World Hypertension Day on the 17th of this month are beneficial: they create a dialogue on one of the leading killers worldwide, and one that is especially prevalent in our country on the tip of the African continent.