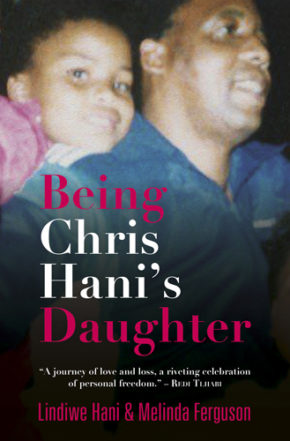 I remember April 10 1993, the day Chris Hani was assassinated, outside his Dawn Park, Boksburg home. I also watched Nelson Mandela making a heart-felt appeal on television for calm when a shocked nation began rioting, looting and burning, almost derailing the peace process.

Lindiwe Hani was also watching the events unfold on TV four days after her Daddy was murdered by Conservative Party member Clive Derby-Lewis and his Polish-born accomplice, Janusz Walus, who actually pulled the trigger. The two men were arrested a week later, thanks to an Afrikaans woman who had noted the number plate of the getaway car. The pair were duly sentenced. Derby-Lewis died in 2016 and Walus will  whether he will know in three weeks if he will be paroled. But if Hani’s widow, Limpho, has her way he will remain incarcerated for the rest of his life.

Hani was reportedly the heir apparent to Mandela and the day he died changed the then 12-year-old Lindiwe’s life. She always lived in the shadow of “being Chris Hani’s daughter” and believed she was worthless. Which is what fuelled her addiction, she says.

In Being Chris Hani’s Daughter she bares her soul – from her childhood in Maseru – to her descent in to addiction and then the hard road to recovery.

The book was written with another recovering addict, Melinda Ferguson, who planted the seed when she interviewed Lindiwe for a feature in True Love magazine about the Children of the Struggle, in October 2103. But as Lindiwe points out, she wasn’t quite ready to reveal all. It took another two years and after Lindiwe heard a radio interview with Ferguson about her own book, Crashed, she contacted her and Being Chris Hani’s Daughter started to become a reality.

Lindiwe writes about her childhood in Lesotho while her father was in exile, leaving her mother, Limpho, to bring up their three daughters, (Lindiwe), the last born, Neo Phakama, the eldest and Nomakhwezi (Khwezi) Lerato. The matriarch was a hard taskmaster, and reading between the lines, domineering and not a nice person. Lindiwe had a relatively happy childhood, even though she missed the physical presence of her father who was often away on official ANC/ SACP business. The family car was checked for bombs every morning. She also gives some interesting insights into Daddy’s parenting skills. Lindiwe had no inkling of what was happening in apartheid South Africa, just a few hours from Lesotho. In fact she didn’t know there was such an inhumane system as apartheid. She also imagined her family to be like the Huxtables, the TV series that starred Bill Cosby. Possibly as a way of escaping the hard realities of life “without a father.”

The book is brutally honest but I suspect that Lindiwe is holding something back.

She tries hard to inject some humour in to her troubled life. But it doesn’t always work. The grief she and the other children gave Ntate Baxtin, the caretaker of Devcourt, where she lived or her childhood squabbles with Khwezi over the TV’s remote control, and Khwezi’s mock wedding, for instance.

In some ways I think she still holds Khwezi partly accountable for Daddy’s death, even though they later became close until Khwezi died unexpectedly. The autopsy showed that Khwezi died of an asthma attack, however, Lindiwe believes it was because of drugs. But that didn’t stop Lindiwe from using cocaine, and it took over her life.

Her first love, Sikhulule, made her pregnant but she had an abortion. When she writes about this chapter in her life you can feel her ecstasy, and her pain, when he is unexpectedly killed in a car crash.

In early 2004 she had a short-lived relationship with a man she calls BBD and with whom she had a child, she named Khaya.

But by now cocaine was the driving force and the toddler was left in the care of a baby-sitter when she couldn’t make it home or was so high she was unable to care for the child. Lindiwe’s wake-up call came when she had an accident while taking Khaya, 9, to school and after much soul-searching she decided to book herself in to a rehab centre, Houghton House, under her own name, much to her mother’s horror.

But that was the turning point.

After her recovery, she finally had the courage, with Ferguson, to confront her father’s killers, Derby-Lewis, whom she met at his Pretoria home, along with Gaye, his wife, and then later, Janusz Walus , at Kgosi Mampuru II prison in Pretoria. The meeting with Derby-Lewis left her “with a hollow emptiness” and when he succumbed to cancer after her visit, she “felt sad for his children “who lost a father”.

But the meetings, there were two, with Walus, were completely different. The first one was arranged through Walus’s lawyer, Julian Knight, and was part of the Victim Dialogue programme, which had strict conditions and although she wanted to, the authorities refused to allow her to meet Walus on her own, so she Ferguson, the area commander and the prison chaplain, Reverend Kekane had lunch with him at the prison, twice.

Lindiwe finally faced her demons and overcame them. She writes that she was strangely drawn to Walus, probably because from the moment “he murdered my father our lives became forever linked”.

In this brutally honest memoir, LIndiwe, 36, opens the cupboard to let all the skeletons out, from her cocaine and alcohol addiction to the battles she had with her mother, until she learns to stand up to her, and finally emerging out of Chris Hani’s shadow to become her own person. But it was a long and hard road.