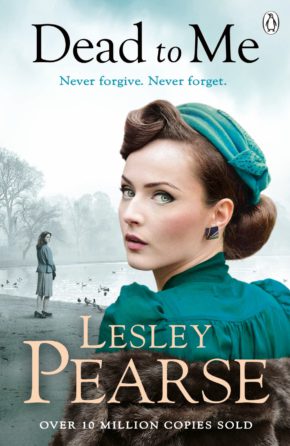 Fans of best-selling author, Lesley Pearse, who has 23 books to her credit including Never Look Back; Father Unknown; Survivor and Without A Trace, published last year, will be in the Cape to promote her 24th title, Dead To Me.  The time is 1935 just as Britain is preparing for war. Two girls who couldn’t be more different meet on Hampstead Heath. Blonde Verity Wood, 13,  is well-mannered and lives in a beautiful house nearby. Ruby Taylor, 14, from slummy Kentish Town, lives in squalor and is forced to steal to survive. But the two immediately develop a bond while watching police retrieve the body of a man from the Hampstead swimming pool. Verity teaches Ruby to be a “lady” and Ruby teaches Verity the ways of the world.

However, their fortunes are reversed when Verity is banished to Lewisham to live with her Aunt Hazel, after her father , Archie, a charlatan and bully, embezzles company funds. But Verity is  saddled with a problem of a different sort when Hazel dies unexpectedly. She also finds a saviour in out-of-work gardener, Miller Grantham. Ruby meanwhile finds a benefactor, “Wilby” Wilberforce, who comes to her rescue when she appears in court after she and Verity were caught stealing. Her life too changes, but for the better. To give away more would be a spoiler but  a shadow from the past threatens Verity’s new beginning. Throughout it all the girls are there for each other. The bond they formed that day on Hampstead Heath has never been broken. You become a cheerleader for the two protagonists, hoping they’ll succeed in life. Pearse has a way with words that tug at the heartstrings and her characters are all too human.

If you want to find out what shadow hangs over Verity you will have to read Dead To Me.  You won’t be sorry. If you haven’t read any Pearse titles now’s your chance. You’ll become one of her thousands of fans.

Her next book is Woman in the Wood, scheduled to be released in July.

The first FLF took place in 2007 to bring together a broad cross-section of mostly South African writers and a few distinguished authors from overseas, aiming to present quality events that inspire and inform and to raise funds for local community and school libraries, for which the FLF Library Fund was established. The events take place in village venues within a few minutes’ walk of each other, which creates a vibrant ambience in streets buzzing with book-lovers.  The emphasis is on informal discussions and spirited debates between several writers with a chairperson, or one-on-one conversations, and occasional talks, starting at 10am and ending at 5pm.

The FLF also hosts the shortlist announcements of the annual Sunday Times Literary Awards – the non fiction Alan Paton Award and the Barry Ronge Fiction Prize. Email Sheenagh:  help@flf.co.za for info about the Franschhoek Literary Festival (FLF) which takes place from May 19 to May 21 or visit: www.flf.co.za for programme details.