After their maiden voyage with the TransCape mountain bike race proved a resounding success, Volvo Car South Africa announced that they would extend their involvement to 2018. 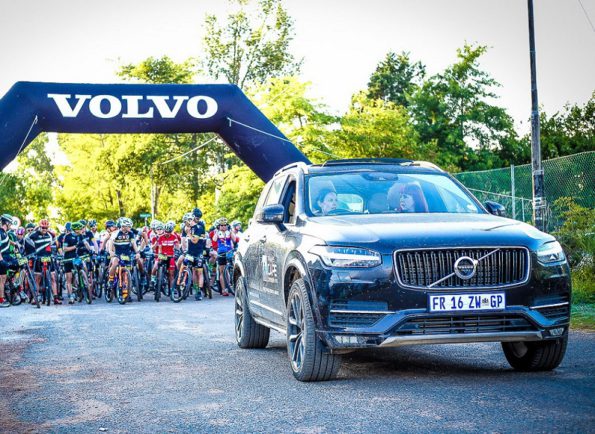 The Grand Départ of the seven-day event between Knysna and Franschhoek in the Western Cape has been set for February 4.

He said the availability of 12 XC90 vehicles, which provided a shuttle service to and from the race villages, had proved a hit with the participants and organisation this year.

“It was many riders’ first experience in an XC90 and without exception they were all very impressed,” said De Villiers, who also took part.

“I think the XC90 has redefined the way people perceive Volvo. It’s a truly exceptional SUV with world-leading safety features that redefine the way cars can be driven.

“It can sense danger, including other vehicles, cyclists, pedestrians and large animals, assists and alerts drivers by prompting intervention, and sometimes even supersedes them by responding autonomously.”

He added that the riders were exposed to the qualities of the vehicle on an intimate basis.

“TransCape is different to other stage races with vehicle partners in that all the riders get the opportunity to experience the vehicle as they are shuttled around on a daily basis.

“So they really got to touch and feel the vehicle and not just see it from a distance.”

De Villiers said their relationship with Volvo Car South Africa went deeper than an average sponsorship, calling them a “genuine partner in every sense”.

“Besides backing the tour with a monetary sponsorship and providing a fleet of of SUVs, the drivers who took care of shuttle duties were meticulous and personified the word ‘responsible’.

“The rest of the staff also became actively involved in the organisation, helping at waterpoints, assisting with marshalling and in general looking after rider hospitality, which is paramount to us at TransCape.”

Besides Volvo’s renewed involvement, De Villiers said he was delighted that they had made two TransCape-branded XC90s available throughout 2017 and into 2018.

“Luxury, safety and adventure – these are the buzz words that align us with TransCape.”

She said they enabled participants to experience “Swedish luxury” in their vehicles, which exude safety and are geared towards adventure.

Naudé said they were increasingly engaging with the cycling community, having recognised a core target audience for their range of premium products, specifically their SUV and crossover products like the XC90, XC60 and new V90 Cross Country.

She reiterated De Villiers’s comments on the rider response as well as their holistic involvement.

“Many participants complimented us for being closely involved in the race by incorporating our vehicles in its day-to-day running and adding value by transporting them in luxury.

“We are the most human-centric car maker, so this hands-on approach is an example of what we stand for. Everything we do begins and ends with people.”

Go to www.transcapemtb.co.za for more information.