Reaffirming its position as one of the industry’s leading wine producers Paul Cluver Wines has been awarded not one but three trophies at the 2017 International Wine Challenge for its Seven Flags Pinot Noir 2015. The results for the trophy winners were announced in London on 22 May. 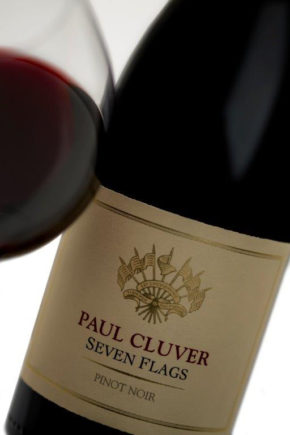 According to Cellar Master, Andries Burger the 2015 harvest will go down in history as one of the best in the South African wine industry, and in particular at Paul Cluver Wines. This was a harvest which put the team under a great deal of pressure to produce that perfect wine. This vintage allowed them to focus on not trying too hard to make the wine, but rather allow it to ‘speak for itself’.  “I might be jumping the gun, but think it’s safe to say that the Seven Flags Pinot Noir 2015 is the best to date, and this recognition acknowledges the hard work we put into creating an award-winning wine,” says Andries.

The wines were judged by a panel of six judges, each of them leaders in their field. The highly esteemed panel included Sarah Abbott MW, Tim Atkin MW, Oz Clarke, Dr. Jamie Goode, Charles Metcalfe and Peter McCombie MW. Between them, they tasted each medal winning wine to ensure that only the best succeeded.