Sharoney’s first music video, SKYN, from her brand new album with the same title, was released on Jukebox kykNET this past weekend.  The video was produced by Fathom Media and the song was written by Hugo Ludik and Vaughan Gardiner. 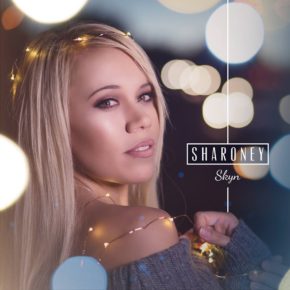 “The aim of the song, is to inspire people not to allow the things that happen in the world to dim the light that is shining within them. It encourages listeners to just be themselves and to believe in who they are. You are you and that is what makes you shine,” says the singer.  “The track means a lot to me. I actually still get a lump in my throat when I have to sing it. There have been many obstacles in my life, which I thought that I would not be able to overcome. But I did and now it is my time to shine. I hope and trust that this is what I will continue to do in the future.”

Sharoney has managed to conquer the hearts of South African music lovers over the past few years. Her bubbly personality and unique pop voice, are the perfect ingredients for her brand new album, SKYN, which features eleven original songs and is a fresh modern combination of upbeat dance music and ballads.