Fifty under-18 players, including one each from Outeniqua and Oakdale, within SA Rugby’s Elite Player Development (EPD) system, will assemble in Wellington on Friday for a five-day training camp geared toward equipping them with the necessary skills to excel on the field with an eye on the 2019 World Rugby U20 Championship. 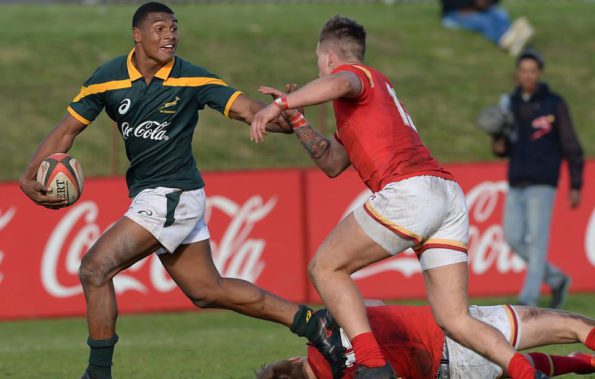 The camp, which follows on the U16 and U17 High-Performance camps hosted in October last year, will serve a vital role in aligning the organisation’s EPD programme with the Junior Springbok structures to ensure continuity from school level to the junior national structures.

The SA Schools Selectors will also attend the camp.

“This camp is the culmination of three years of hard work behind the scenes by SA Rugby’s EPD managers, Nico Serfontein and Herman Masimla,” said Koen.

“Their respective Talent Identification Units, which comprises managers, coaches and scouts from all 14 provincial unions, have identified, assessed, trained and monitored these players for the past three years.

“The camp also serves as a major step forward in preparing this group for the World Rugby U20 Championship in 2019 because we do not have the luxury of U18 and U20 Six Nations competitions like our European counterparts.

“Some of the northern hemisphere teams play between 15 and 20 ‘Test’ matches as a group from the age of 16 to the time their sides assemble at the U20 showpiece, while the Junior Springboks have played only three as the SA Schools team.

“We have looked at different models in age group rugby and football, and one of the major contributing factors to success at International U20 level is more game and training time, as well as socialising together as a group from the age of 16.”

Koen emphasised that other players that excel for their school’s teams could also play their way into the U18 High-Performance squad and he encouraged them to continue working hard to achieve this.

The players will participate in seven training sessions over the four days, with the main focus areas being skills, attack, defence and kicking, while there will also be split sessions with the forwards and backs.