The radios use any existing cellular network to transmit voice calls to anyone on the planet. The radios have a built in GPS meaning the radios can be tracked wherever they go. 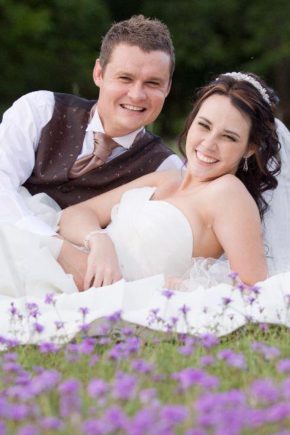 My name is Chris Coetser, I am thirty-five years of age, husband to the lovely Nadine Coetser for the last four and a half years and father to my gorgeous baby daughter named Abilene Coetser, hopefully, little Chris will be added to mix during next year.

I was born and raised in Pretoria but a part of me have always wanted to live close to the ocean. I was fortunate enough to spend at least 3 weeks of the year in the Garden Route since I was about eleven years old in a little spot called De Bakke Caravan Park. This was where my love for the Garden Route was born. The boyish dreams of moving down to the coast, fishing all day and having a fish braai every night were unfortunately crushed by the reality of life and I had to start the prologue of the mature world studying and getting my first “nine to five”.

After finishing high school I studied Comprehensive Programming at CTI in Pretoria and graduated in 2002. I worked in Pretoria for about two years and then got the opportunity to move to London. I was in London for two and a half years when one day I got “the call”.

My father started a two-way radio company all the way back in 1988 and I remember the tiny two by four room in the back of somebody’s house he started building his dreams in with high hopes and aspirations. Today Uni-Comm is a twenty man strong team servicing the top 10 security companies in the country and radio systems installed across the African continent. He definitely achieved what he was aiming for.

In 2005 he called me up while I was still in London and asked if I would join his team as a sales representative. I immediately took up the task and within a month I was back in sunny South Africa and started working with him. The “father-son” team working together had its own its challenges as I am sure you can understand, but we never left the office with anything unsaid. I learned a lot from him and would not be where I am today if it wasn’t for his guidance.

My father’s passed away in January of 2015 leaving behind an amazing legacy. Now it’s up to me keep this boat afloat but luckily he ensured a lot of momentum in the company.

Today we have to make sure that we stay up to date with all the new technologies in our industry and it is this drive that has led us to “Talkr”. The new PTT Radio range has given us this springboard into the new age of two-way radios. The radios use any existing cellular network to transmit voice calls to anyone on the planet. The radios have a built in GPS meaning the radios can be tracked wherever they go. Pairing this with our Dispatcher Software adds features like battery life monitoring, speeds, voice recording, messaging and other features.

Demonstrations can be arranged at no charge for you to test and see what the hype of this new technology is about.