June 2017 – Moreira Chonguica is set to perform for the first time with the University of Cape Town Alumni Big Band at the Baxter Theatre, Cape Town on Saturday 3 June 2017. 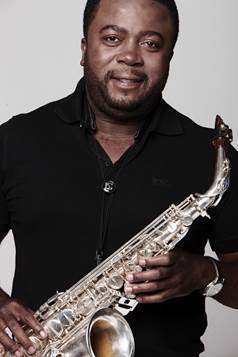 The Alumni Big Band is especially organised for the Cape Town Big Band Festival that takes place from Wednesday 31 May until Saturday 3 June 2017.

Founded in 1999 by the late Dennis Barr, monies raised from the Cape Town Big Band Festival is utilised for various musical initiatives especially in disadvantaged communities.

“I am very honoured to have been asked to feature with the Alumni Big Band this year.  Many great musicians have come out of UCT’s College of Music and it will be humbling to perform with some of them on Saturday June 3, 2017.” says Moreira.

Moreira attended University of Cape Town’s College of Music from 1995 – 1999 earning a degree in Jazz Performance and an Honours degree in Ethnomusicology.

In addition to performing with the Alumni Big Band, Moreira will also be conducting a workshop with the Groote Schuur High School Big Band and giving a talk to the participants of The African Voices Trust workshop.

The musicians participating, in the Alumni Big Band, all studied at the UCT College of Music and are still involved in a musical career – either teaching or performing. The Big Band will be conducted by Prof. Mike Rossi in the absence of Prof Mike Campbell who is on sabbatical leave.