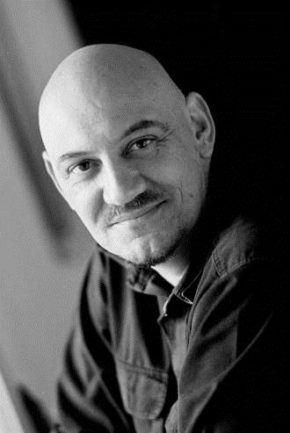 Come for a mug of sop, a glass of dop and enthralling stories by Kobus Moolman when he launches his new collection The Swimming Lesson and Other Stories. (UKZA Press) on Friday 9 June at 18h30 in the Caritas Library at Temenos. This collection by multiple award-winning poet, author and playwright, Kobus Moolman, has been described as a volume of unconventional potency. Written in a range of styles, voices and genres, The Swimming Lesson and Other Stories is a collection that stands out for its unusual perspectives; its frank, often uncomfortable treatment of taboo topics, and its creative risk-taking.

Moolman says: “I have tried with each of my books to push myself into new territory. To try something I have not done before. And this collection of short stories is no different. Firstly, there is a change in genre. Previously I have written and published mainly poetry. And also drama. This book is my first experiment with prose. And honestly speaking I loved writing these pieces. I won’t say they came easily. They didn’t, but it still felt like playing. The second difference is that each of the stories themselves is radically different. There are what I would call platteland horror stories. There are darkly humorous pieces. There are pieces that read like memoir. But aren’t. But I think what holds them all together is an interest in memory – how memory is a kind of invention rather than an automatic process of recall. Memory, and ordinary detail. The kind of clothes that Jesus wore, for example, when he came to visit one of my characters: a tracksuit and large red basketball sneakers. All Stars (Not originals through). And a baseball cap on backwards. That kind of thing.”

Kobus Moolman is an Associate Professor of Creative Writing at the University of Western Cape. He has won numerous awards for his writing, including the 2015 Glenna Luschei Prize for African Poetry and he has presented his work at literary festivals in South Africa, Ireland and Canada.