The former South Western Districts cricket captain and recipient of the SWD player of the season award for the 2007/08 season, Jonathan Beukes, was appointed the new Cricket Services Manager (formerly known as Amateur Manager) at SWD Cricket. 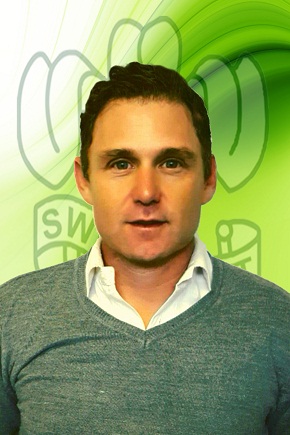 He replaces Johan Weyers, who accepted the position of Manager Senior Cricket at Cricket South Africa in March of this year.

Beukes, who matriculated at Grey College in Bloemfontein, played in 92 first class, 121 List A – and 15 Twenty20 matches. He represented Scotland, the Eagles franchise, Free State, the Mountaineers franchise in Zimbabwe as well as SWD. He was a gritty opening batsman who displayed great temperament and leadership and scored 13 career centuries.

After a professional career span of 14 years he went into administration and since 2012 he has been employed as the Head of the Cricket Department by the University of the Free State. He obtained a National Diploma in Marketing from UNISA and completed the Management Development program at the Business School of the University of the Free State. He is also a qualified Level III cricket coach.

“SWD Cricket has shown tremendous growth over the last decade and I am confident that I will positively contribute to the establishment of competitive and sustainable cricket structures and programs within the SWD”, said Beukes.