With unemployment at its highest level, the youth are anxious, agitated and searching for creative ways to earn a living. 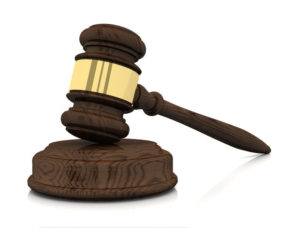 “In this environment, you cannot write off the temptation that confronts young people to commit fraud, when doors slam shut in their faces or do not even open in the first place,” says Manie van Schalkwyk of the South African Fraud Prevention Service.

The obvious temptation is CV doctoring, he says. By adding a few tweaks, candidates may make their application appear more professional than they actually are and increase chances for a job interview.

“Qualification fraud is simple enough to perform and with any luck an applicant may land an interview, even a job offer. But a few months into the job the employer will begin to wonder why the candidate’s skills and abilities do not match up to the qualifications he or she has presented on their CV. Questions will be asked.  “When you are exposed as a fraud, you will have a criminal record,” Van Schalkwyk says.

For young people who are employed who wish to apply for store cards, credit cards or any type of credit, there is the temptation to stretch the salary or the length of time spent in a particular work place to increase their chances of credit approval or credit limit. Van Schalkwyk says, “Falsifying this information constitutes fraud.”

At another level, one of the first goals of a newly graduated student is to learn to drive and get a driver’s licence.  So, they may be driving around in their parents’ or older sibling’s car, or they may have a car of their own.

In this case, the individual may wish to have car insurance. After phoning some insurance companies they may learn that their premium is higher than expected because of their lack of driving experience. They will persuade their parents to front for the policy, so that the policy is held in the parent’s name. This is falsely representing information as the younger person will be the primary driver of the vehicle being insured.

“A common illustration of this is alternative fact information given about who the regular driver of a vehicle will be,” says Deanne Wood, short term insurance ombudsman.  “Older drivers pay significantly lower premiums than younger drivers.” The difference in premium can be significant.

“Certainly, significant enough to encourage consumers to provide inaccurate information about who the regular driver of a vehicle will be,” Wood says.

“Our office sees far too many claims being submitted where, for example, parents have represented that they will be the regular driver of a vehicle when in fact the vehicle was purchased by them for use by their child.

“Paying the lower premium is all well and good until a loss is suffered. Simple desk-top investigations using Facebook or other social media searches can all too easily reveal misrepresentations made by consumers who forget to cover their tracks when making misrepresentations to their insurance companies,” Wood adds.

Van Schalkwyk says, “Like all fraud, it’s only a matter to time until the perpetrators will be found out and could face prosecution. Starting out in a career with a criminal record is no way to build a future. I urge youth to stay on the right side of the law despite the many challenges of the current economic climate. Don’t put further obstacles in your path.”