(Hermanus, 26 June 2017) A long weekend of adventure sport activities outside of the bumper Hermanus tourist season has brought an estimated R1,2-million economic injection into the town. And if local business feedback is anything to go by, the HI-TEC Walkerbay Xtreme contributed to similar financial turnovers than the usually busy Easter Weekend! 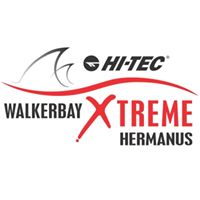 This is according to an impact study that was independently conducted on behalf of the Walkerbay Xtreme, after the event came to a close on 1 May.

It was the second time the event took place, and the first time that the economic impact of the event on the town has been calculated.

“Almost 85% of participants came from outside Hermanus, and most of these athletes travelled here with friends and family who were able to experience the best that our town has to offer,” says Rick Oosthuyzen, who heads up the HI-TEC Walkerbay Xtreme organising team.

“Attracting this kind of tourism influx and economic injection into the town outside of our traditional tourist season is vital to the town and greater region’s sustainability.”

Oosthuyzen echoes the stance taken by Tim Harris, CEO of Wesgro – the official tourism, trade and investment promotion agency for Cape Town and the Western Cape – who reiterated Wesgro’s efforts to support events that stimulate tourism during the traditional winter season.

According to Harris, Wesgro ’s promotional efforts supported 34 leisure events between April and September 2016 that created 1 600 temporary jobs, drove 150 000 visitors into the regions, and resulted in an estimated economic impact of R260-million.

“We are therefore incredibly proud to be supported by Wesgro, and believe that this event will continue to make an even greater impact on Hermanus and surrounds in years to come,” adds Oosthuyzen.

Close to 1 000 athletes and their supporters flocked to the event between 29 April and 1 May this year, turning the iconic cliff path, spectacular mountain range and cool Atlantic into their playground.

While professional athletes and weekend warriors tested their physical and mental endurance in a range of sporting disciplines, including triathlon, trail running and urban cycling, it was the breathtakingly scenic 2.5km Open Water Xtreme swim that caught the eye of international media.

The open water swim was at the centre of a CNN International news feature about South Africa’s love affair with adventure, and open water swimming in particular. The feature also focused on the feats of Walkerbay Xtreme participant and open water swimmer Arafat Gatabazi, who learnt to swim and fell in love with the ocean after arriving in the country as a refugee from the DRC.

“This is exactly the kind of exposure we need to put the Walkerbay Xtreme on the global map. The event is still in its infancy, but it is our vision to position it as an international bucket list event, and attract athletes from across the world,” says Oosthuyzen.

“People have embraced the #FindYourXtreme slogan, and have shown that one doesn’t have to be the best, fittest or fastest super-human to participate in an event like this; we offer individuals from all walks of life and fitness levels the opportunity to perform at their own best and push their personal boundaries.”

The organising team have already gone back to the drawing board to refine the event offering for next year. The 2018 Walkerbay Xtreme is scheduled to take place between 28 and 30 April.