Earlier this year it was announced that Cycling South Africa and SweetSpot had entered into a partnership to create an Elite International Road Cycling Stage Race to be held in South Africa in the first quarter of 2018 and today the official name of the event has been confirmed as the Tour of South Africa. 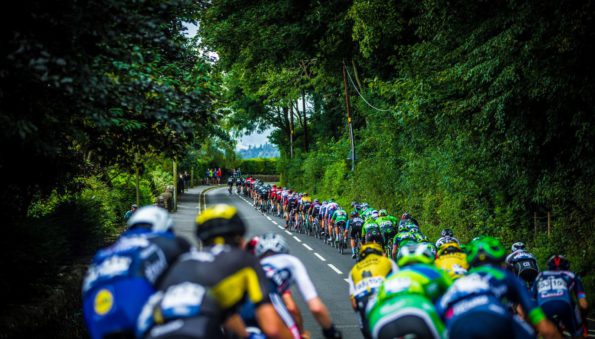 The exciting event will attract the world’s top professional teams to what is initially planned to be a six-day multi-stage race. One of the intentions of the event is to create investment into cycling through an overriding Non-Profit Organisation that will govern the event, and oversee the distribution of benefits generated by it.

Having a renowned company like SweetSpot on board with their extensive experience in presenting the Tour of Britain amongst other events, will ensure that the event is of a high quality. Besides the sporting benefits that the event will bring it will also play a huge role in showcasing how beautiful South Africa is, thereby contributing to the tourism industry and boosting the economy.

SweetSpot Group are a sports events and marketing company specialising in the creation and execution of high-quality, annual sporting events. SweetSpot were behind the successful revival of The Tour of Britain, the UK’s largest professional cycle race, in 2004 after a five-year absence, which now forms a cornerstone of the British sporting calendar and is the country’s largest free-to-watch sporting event attracting more than one and a half million spectators annually.

SweetSpot Group were also part of the team behind the successful 2007 London Grand Depart of the Tour de France, and are responsible for the creation of the unique, team based Tour Series programme of televised, city centre cycle races, in 2009, which enter their ninth season of competition in 2017.

In 2012 SweetSpot, along with partners The London Marathon Ltd, as the London and Surrey Cycle Partnership (LSCP), were awarded the contract to deliver the Olympic legacy cycling event, RideLondon, which has taken place annually since August 2013.

In 2014 SweetSpot launched The Women’s Tour, a five-day elite, international stage race taking place in the East of England which in 2016 was been selected to be a founding part of the UCI Women’s WorldTour.