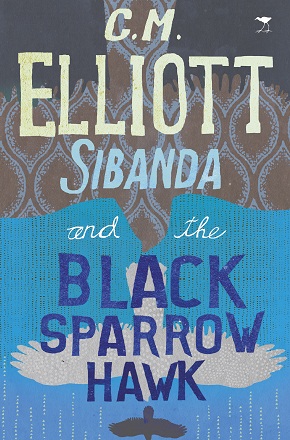 Detective Inspector Jabulani Sibanda and Sergeant Thaddeus Ncube are on the trail of a serial killer who haunts the trains and leaves his victims, skinned, on the side of the tracks.

Sibanda is sitting at his desk, which as usual, is piled with unfinished paperwork, gazing through the window at a family of waxbills, mannikins and finches, frolicking in the spray from the hosepipe outside in the Gubu police station’s gardens, when his reverie is disturbed by game warden Edison Bango bringing him the news of the body. Sibanda, Ncube and Ms Daisy spring into action. When they get to the body Ncube is more worried about what lies in wait in the bush for him, and his notoriously flatulent stomach also roils and rolls, which happens when he is frightened.  When more bodies are discovered and Lois Khupe disappears from the NGO, Universal Dreams, she works for, Sibanda devises a plan to catch the serial killer and the bait is Police Constable Zanele “Zee” Khumalo who is only too happy to play along.

Despite the gruesome finds there are touches of humour, most noticeable in the interactions between Sibanda and Ncube, who often gets irritated with his sergeant, and especially with the cantankerous Ms Daisy to whom Ncube attributes human qualities. There are several suspects and not a few red herrings.

Berry Barton is back in Sibanda’s life and Ncube has swallowed the Oxford English Dictionary so he can surprise his boss with some of the new words he has learnt, though with unintended consequences.

Woven into the plot is the story of a British conman, Baron “Alf Watters” Montague of Bingley and the boy, Billy whom he cajoled to go with him to darkest Africa when Cecil John Rhodes was still contemplating his Cape to Cairo Railway. There’s something contrived about this that jars, especially the flashbacks. But it all becomes clearer when Sibanda finds a modern day link to the Baron.

Tommy Bingley, a retired station master, who had worked at the Bulawayo railway station for more than 40 years, may know something about the killings. When Sibanda questions him he remembers the story of a nun who disappeared and was never seen again which the detective links to the gruesome killings. The murderer is finally unmasked and it’s the person you least suspect.

If you haven’t yet become a fan of the detective team, Sibanda and the Black Sparrowhawk , the third in the series, will have you hooked.

The author, CM Elliot, was born in England, immigrated to Australia and completed an Honours degree in French at the University of Western Australia. She moved to Zimbabwe where she pioneered a tourism industry in and around Hwange National Park. She moved to Bulawayo to write full time.