Captivatingly beautiful is the perfect way to describe LIZANDRA WINTER’s latest single, DIE BEGIN, which has just been released. 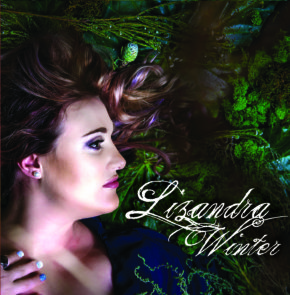 The song will build on the success of her first solo single and music video, Fluister, which did not only feature on the 2016 blockbuster, Vir Altyd’s, soundtrack, but still gets regular airtime on radio and television. According to the singer, this Pop-Rock track is about how we often forget what really matters, because we get caught up in the rat race of everyday life. “I always tell my husband that I do not want to live for ‘one day’ and yet I often find myself allowing tomorrow to steal the beauty of today. I wrote the song to remind myself that time has to stop, and that I have to lose myself in the moment. And also that money cannot buy happiness. The song has a feel good vibe that will appeal to most listeners,” she says. “It is the norm, these days, to already worry about the next challenge you will be facing, whilst still dealing with your current situation. This means that you often miss the beauty of the here and now. Those simple things that really matter.”

LIZANDRA’s self-titled Afrikaans debut album will also be available soon and will include a special duet of the Christa Steyn hit, Ek wil vir jou, with acclaimed singer and songwriter, Joshua na die Reën, which promises to impress even the most critical ear. “The songs I chose for the album were created over a period of two years. In every season of my life, there was new inspiration and I wrote about the lessons I have learned and the things that I still want to achieve. The music on the CD is about those precious things in life, which cannot be bought and has eternal value,” the star explains. “I decided to make it a self-titled album because the songs capture who I am. It’s almost like an announcement to the world that I am here to stay.”

The musician, who holds a music diploma in Jazz, Popular Music and Performing Arts from Tshwane University of Technology as well as a Grade 8 Music Qualification from Unisa, grew up in a musical family and has been singing since she was only five years old. She originally shot to fame in 2013, as the ‘blonde girl who sings with Joshua na die Reën’ after the release of his debut album for which she co-wrote a song called, Soos Altyd. Because their voices complement each other so well, they have recorded numerous duets together, including Until Love, for which they also made a music video. Since then, she has managed to establish herself as a songwriter and solo artist, who has shared the stage with some of the country’s biggest stars, like Bobby van Jaarsveld, Chris Chameleon, Koos van der Merwe, Elvis Blue, Riana Nel, Touch of Class, Roan van As, Bittereinder, Len Muller, Vernon Barnard, Armand Joubert, Dozi, Karlien van Jaarsveld and many more. She was also part of Bobby van Jaarsveld’s M-Net & Friends Special in 2016.

Her upcoming album was produced by Joshua na die Reën and Jason Ferreira of LittleBig Studio and mixed by Stefan Swart. It contains 13 tracks that were carefully selected to showcase this gifted artist’s talent, conquer the hearts of listeners and make them sing along to the catchy tunes. The album boasts an impressive collection of genres, including Rock, Contemporary (Liefde Wen and Afrika Grond) and Pop Music, as well as some emotional ballads like Sielsvryheid. Many of the songs were written by the singer herself and she addresses themes that most listeners would be able to relate to.  “I do not just want to sing about romantic love or broken hearts. There are already so many love songs out there. I feel it’s necessary to address more than that with music,” she explains. Her husband, Ryhno von Hagen, was also involved in the production of the album and songs like Geraas has a strong orchestral and classical influence. Seasoned guitarists like Nathan Smith and Andrew ‘Rixi’ Roman were involved in the creation of the background music and Joshua na die Reën also shows off his skills as pianist.

“When lyrics and melodies come together perfectly to create something that can be produced to take listeners to places, within themselves, that they did not even knew existed, you know that an artist has discovered adventure within themselves, which they cannot help but to share with others to hopefully make a difference around them. LIZANDRA WINTER has not only mastered this art, but also the skill of creating a perfect relationship between her voice and the music. I have never been so proud to be part of someone else’s musical world, like I am of being part of hers,” says Joshua na die Reën.

Although she is not one to plan too far in advance, LIZANDRA still has a few musical goals to achieve. She has great admiration for artists like Ed Sheeran and would love to share a stage with him someday. She would also like to record a duet with Chris Chameleon. The artist often listens to Rock music like Live, Muse, Alter Bridge and Dream Theater and credits Josh Groban, Imogen Heap and Florence Welch from Florence and the Machine as some her biggest musical influences. “I want my music to help listeners to look at themselves and life differently and make them realise what it is really all about,” she says.

LIZANDRA WINTER’s new single and soothing voice is not only going to make waves in the South African Music Industry, but marks the start of a very promising solo career for this talented artist. Her debut album is set to be released at the Encore Theatre Complex in Hatfield on 22 and 23 July 2017 and promises to captivate listeners from start to end.