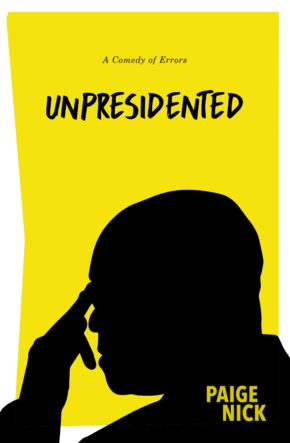 There’s no cow too sacred for Paige Nick. This time she has her lethal pen pointed at President Jacob Gedleyihlekisa Zuma and if you believe the disclaimer, which is standard for all fiction, “Names, characters, places are figments of the author’s imagination and any reference to actual persons, living or dead, is purely coincidental”, then pigs do fly.

The year is 2020 and ex-President Jeremiah Gejeyiswebisa, Muza or dubbed Muzzy by his two remaining ex-wives, Bonang and Refilwe, are at the Homestead, now gone to rack ‘n ruin.

Muza has been released on medical parole with a dangerously infected ingrown toe nail, and, despite what the prison doctor said, the boil on his buttock hasn’t gone away, and it’s causing him tremendous pain.

That’s not all. Muza has also been served with a horrendous municipal bill for rates at the Homestead. Now he has to find the money to pay it so he’s banking on his alternative memoir being ghost written by disgraced journalist, Matthew Stone, who was fired after writing a fake news story about a cancer patient. It’s the only job he can get after being shunned by all and sundry. “Stoner” would be a kind way to describe the cocaine-addled journo whose agent and his drug dealer are on his back.

Muza, however, is proving most un-cooperative and wants Stone to write an alternative memoir which he will dictate and he believes it will be a best-seller.
But the ex-Future President also has an outrageous business plan – importing knock-off showerheads  – what else – from China and he appeals to his old mate Robert Mugabe to finance his scheme, who would have done so, but with Zim dollars. Of course, Muza said no. He also pitched his idea to Pravin Gordhan; the Guppies who are now living in Dubai and don’t return his calls because the “signal is bad”; and Helen Zille.

Elijah is a Hasid, whose mother-in-law taught him to cook the Jewish way, and he can speak Yiddish. He wants Muza to use his connections to allow him to land the showerheads at an air force base. So bags of money, ahem, change hands.

Muza loves eating out, whether it’s a Streetwise from KFC or at the Spur, as long as it’s with OPM (other people’s money) because he’s always leaving his wallet at home.

A Comedy of Errors: Unpresidented is fiendishly clever and Nick’s pointed pen hits the mark every time. Her characters are deftly drawn with a few words and when she describes Muza’s difficulty reading big figures, you know exactly who she is sticking it to.

Even though Stone is a sleaze bag through and through, you do feel sorry for him as he tries to make good again. But he is up against a delusional Muza who doesn’t believe he has brought the country to junk status. There is also a mangy dog, who is not too fond of Stone, at the Homestead and you can hear him growl before he goes for his ankles, despite being distracted by polony. And let’s not forget Muza’s long-suffering parole officer, Vuyokazi NcGobo, or Stone’s mother, Eileen, a closet racist, who inadvertently shows her true colours.

Nick Paige has an uncanny knack of writing the right book at the right time. She was spot on with her satirical novel, Death by Carbs, featuring Banting guru, Professor Tim Noakes, who was the murder victim.
Now she has hit the bull’s eye again as the country is reeling from allegations of State Capture and drowning in a sea of explosive emails pointing fingers at cabinet ministers, head honchos of parastatals and other figures who have been captured by the Guptas.

A Comedy of Errors: Unpresidented will have you roaring with laughter or pulling your hair out in despair as you recognise what’s happening in the “beloved country”. It’s satire at its best and darkest. Paige deserves a presidential award for this one – from Muzzy.