The popular new music group, DECA’s, striking instrumental arrangements has conquered the hearts of fans, across the county.  Their fresh, modern and charming interpretation of hit favourites is the key ingredient behind their instant success and now they have just released their first music video for Black Sails.

The duo is made up of Herman Steyn on the violion and Douw Steyn on the guitar.  As veterans in the music industry, they have more than 26 years of experience between them.  They are also the owners of the independent record label, Son Records, which they started in 2015. 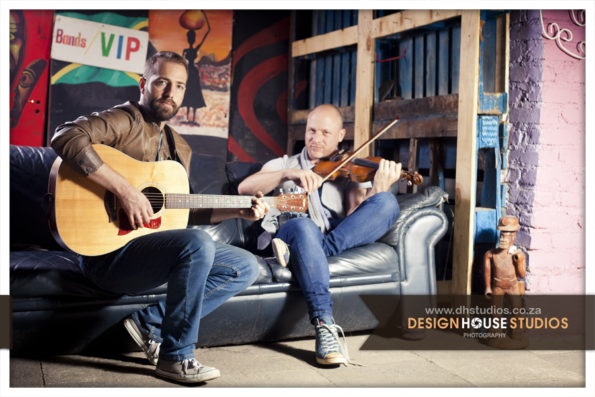 Black Sails was composed by the duo themselves and created by Burley Boys Media – Robin de Jager as director and Barend Stofberg as camera man and editor.  The video, while simple in black and white, is striking with its black and takes on the characteristic of a pirate-world.

“The concept for the video was to create a sense of devastation – like when pirates overtook at town.  The viewer sees the two musicians playing in an area that has been burned down.  We wanted this ‘pirate’ song to be placed in a more contemporary framework.  The lady in the beginning of the video is there to start a conversation… She has something to do with the video but the viewer doesn’t know exactly what.  We have left it open for interpretation,” says Herman.

The video was filmed in Stone Cradle, Pretoria which burned down a few years ago.

DECA is fresh and new and the single, Black Sails, is a good indication of the instrumental masterpieces that we can expect from this duo in the near future.