It’s never too early to get children in to the habit of reading or listening to bedtime stories.

Brian Joss – Here is a selection of books for children of all ages including for teenagers who enjoy the Harry Potter stories made famous by JK Rowling.

The two magical tales featuring Pete Smith and his gang, were written by Wynand Louw, an ENT specialist from Table View, Cape Town, who also lectures at the Tygerberg Hospital’s Training Unit. Celebrated Afrikaans author, Elizabeth Wasserman, recommended them as a “great visual read for a generation keen on video games and movies.”

Mr Humperdinck’s Mysterious Manuscript also features Pete Smith and his gang fighting off the forces of darkness who are intent on destroying Queen Cassandra’s fairy kingdom. Pete also has to protect his “makeshift family” living at Paradise Mansions. It is also a story of morality featuring a flying skateboard that can do magical tricks. Will Pete succumb to temptation and sell out his friends or will he save the day?  Although not in the same class as JK Rowling’s boy magician, who is celebrating his 20th birthday, the two tales featuring Pete Smith are highly readable and enjoyable. 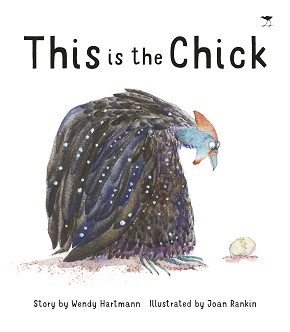 This Is The Chick (Jacana). Words: Wendy Hartman; Illustrations: Joan Rankin. Written in rhyme with delightful illustrations it is great fun to read aloud to your little ones.

Chaos ensues when a guinea fowl chick hatches and gives a cheep frightening the other animals in the bush until the wise old owl brings sanity back to the inhabitants. The chick meanwhile carries on sleeping peacefully in the nest unaware of the commotion she caused.

Nyambura Waits For The Bus (Jacana) Story: Cath Alexander. Illustrator: Catherine Groenewald. An enchanting story about Nyambura who, while waiting for the bus to take her to her Gogo, it starts to rain. She falls asleep and has a happy dream of the times she has spent with her grandmother and all the good things she learnt. The story teaches children the importance of doing good deeds and how paying it forward brings its own rewards. It is available in English, Zulu and Xhosa.

The adventures of “Landy” 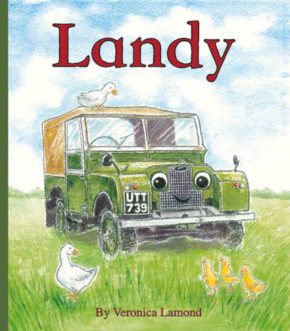 The Land Rover has always been an iconic vehicle and Veronica Lamond who grew up in Durban, and lived most of her adult life in Cornwall, has written and illustrated four books for children aged two-six featuring “Landy” all published by StruikNature (PenguinRandomHouse). Landy, the first book in the series, tells how Jack finds the Land Rover abandoned at the bottom of a farmer’s field, restores it and they start a new life together. In the next book, Fender and The Cliff Rescue, readers meet Landy’s friend Fender, who lives near the beach. The story centres on a beach clean-up and tells how Dan and Fender rescue a seal pup. The third book, Landy’s New Home, tells how Jack and Landy set up their smallholding and make homes for all the animals. In Fender’s Day at the Harbour, Jack and Dan go fishing while Fender spends the day at the harbour. Landy and the Apple Harvest is the fourth in the series and tells how Landy helps Jack bring in the apples after the wind causes havoc in the nearby town. The fifth in the series (and there are more to come) is Landy at the Factory. Jack and Landy get an invitation to the Land Rover factory to celebrate Landy’s 60th birthday with all their friends. The Landy series are well written and beautifully illustrated and the younger children will enjoy looking at the colourful images. Adults will like reading them aloud too.