In what is hailed as a first for local gospel, music genius Dr Tumi will be filling up the Ticketpro Dome for a gathering of worshipers for one night only. 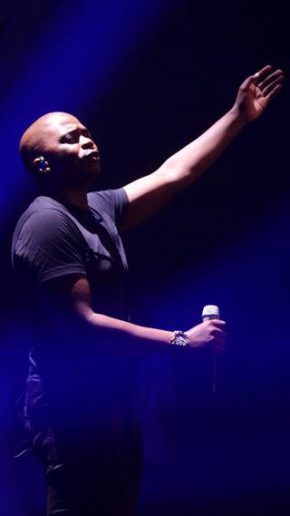 The vocal powerhouse and prolific songwriter has raked in armloads of music awards and legions of fans since bursting on the music scene recently. And to cap this amazing run he is determined to make his own record by filling the 20 000 capacity venue in northern Johannesburg when he records his Live DVD on August 20 2017.

“God has been too kind to me since I started this journey of music. In a short space of time I’ve seen his mercy and greatness in my life. “

“I invite all worshipers to come witness the power of God in action. It will be a night of great devotion, ministering, praise and worship” he says.

Dr Tumi’s two albums Love & Grace and Heart of a King have turned him into a household name. He is a trained medical doctor turned gospel singer and a recipient 13 awards within a year, and they include six Crown Gospel Awards and one Metro FM Music Award and two SA Music Awards nominations.

He recently signed an international deal with Universal Music which will see his music released in many territories around the world.

Tickets are sold at Ticketpro, Edgars, CNA and Jet between R180 and R500.