Today, 25 July 2017, 58 township residents will take the first step towards true economic empowerment by becoming homeowners. In partnership with the Free Market Foundation (FMF) and sponsored by the Two-a-Day Group (Pty) Ltd (TAD) and the Elgin Foundation, Theewaterskloof (TWK) Municipality in the Western Cape will hand over the title deeds which will officially transfer ownership to registered occupants in a presentation ceremony to mark this historic occasion. 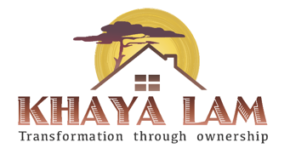 Led by the TWK Mayor, Councillor Christelle Vosloo, and addressed by Derek Corder, a Trustee of the Elgin Foundation, and TAD Managing Director, Attie van Zyl, the residents will enter the hall as tenants and leave as property owners.

The FMF’s Khaya Lam (My Home) land reform initiative delivers real economic empowerment of home ownership to township residents deprived of their dignity and rights under apartheid by facilitating the conversion of council owned rental properties into freehold title, this at no cost to the recipients.

TAD distributor and partner Tru-Cape’s Managing Director Roelf Pienaar said, “This powerful initiative by our shareholder Two-a-Day that secures title deeds for residents is a huge step towards delivering tangible economic benefits. The dedicated efforts of Two-a-Day and the people behind the Khaya Lam Project to overcome significant red tape, mean that long-time residents have ownership and can bequeath their properties in their wills.”

Van Zyl agreed saying, “It has taken us almost two years to get to this point but we are very glad to be involved in this initiative. A special word of thanks to our HR Director, Dimitri Jacobs and the guys from the FMF who have spent a lot of time and effort to overcome various hurdles and sort out the logistics of the project”.

Titling in South Africa is a painstaking process complicated by lack of records of ownership and bureaucratic complexity. That municipalities and sponsors are willing to invest time and funds to achieve home ownership for disadvantaged communities is a testament to the goodwill and drive to right the evils of apartheid, evident in South African society even today.

Part of the complexity is the use of the standard deed of sale when the ULTRA (Upgrading of Land Tenure Rights Act 1991) legislation is a much easier and less complicated option. ULTRA places an obligation on councils to transfer municipal land to tenants and is a powerful tool designed to normalise the SA housing situation.  Any outstanding debts due to the councils are transferred from the tenant to the new owner who is one and the same person, removing the requirement of a clearance certificate. The FMF actively encourages conveyancers and councils to adopt this approach.

Vosloo said, “Providing home ownership to beneficiaries is redressing social imbalances of the past and adheres to the intentions of the Constitution and National Development Plan to create opportunities for all people to live in dignity. The partnership between TWK communities, the FMF, TAD and the Municipality has made it possible for beneficiaries to own their houses and to improve their financial circumstances. This shows the power of stakeholders and communities working together to achieve a common goal”.

Derek Corder said, “The Elgin Foundation was approached by the TAD group to sponsor the first phase of this project. We are delighted to see this project reach fruition and remain excited to be part the process of restoring dignity and pride in our poorer communities.”

Master of ceremonies, FMF Director Temba Nolutshungu, said, “Black land deprivation was probably the single worst element of the colonial and apartheid eras and little has changed since 1994. Between 7 million and 10 million black families still live as tenants or without ownership rights in houses they have lived in for generations. There has been no systematic conversion of these ‘council owned’ and ‘traditional community’ properties to full, unrestricted ownership”.

Elgin farmers, including growers from Two-a-Day, Kromco, the Fruitways Group, and numerous private packers, formed The Elgin Foundation in 2014 to make a measurable difference to the lives of a significant number of people in the poorer communities living in Grabouw in particular and the broader Elgin area in general. The Foundation aims to build bridges and develop better levels of communication and understanding between local businesses and the community. Dr Paul Cluver chairs the Elgin Foundation.

Two-a-Day is a farming group producing apples and pears. TAD has been part of a number of community projects, which includes bursary programmes, support to local schools, housing projects, crèche project and training of unemployed people in the community.

Tru-Cape Fruit Marketing is the largest supplier of South African apples and pears and supports 15,200 people and their families through successful sales. Tru-Cape is the distributer for Two-a-Day fruit.

The FMF’s pilot project, which began in the Free State’s Ngwathe, has seen nearly 1400 deeds transferred to unrestricted fully tradable title. This simple act is transforming the lives of black families, many of whom have lived as tenants or with restricted ownership for generations. It gives access to previously locked dead capital and provides hundreds of very poor people their first step towards true economic freedom and economic prosperity. Many farmers in the Free State and elsewhere have committed to sponsoring title deeds as a means to reduce historical conflict between famers and workers living as tenants on their land. The FMF is creating a blue print to be replicated throughout SA.