The RCS SOX Trail Run is widely considered the most diverse 3-day trail run in South Africa with the majority of the race taking place in SANParks-protected property along the south-eastern Cape coast. 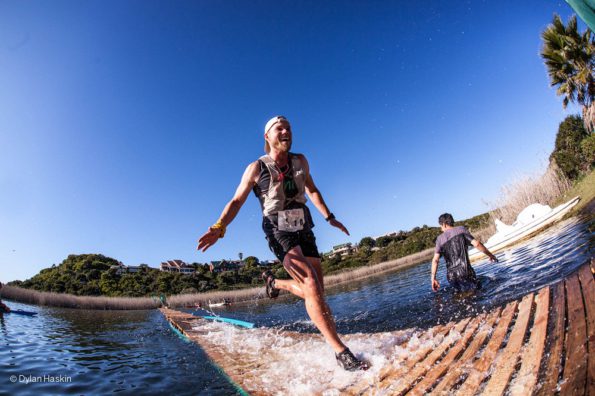 The event will take place from 5 to 7 August with the route covering mountains, indigenous forests as well as the Garden Route’s magnificent coastline.

TriSport is proud to have the RCS Group, which is owned by one of the largest banks in Europe, BNP Paribas, onboard as the exclusive title sponsor for this event which is now in its sixth year.

RCS CEO Regan Adams, who is a keen runner himself and recently completed the Two Oceans Ultra marathon, said, “Up until now, RCS has focused mainly on road running with events such as the RCS Gugs Race, so trail running is a natural progression for us.”

This year, 5 runners from the Gugulethu Athletics Club will be taking part, including Peter Tsawayo and Imran Paya who finished third overall in last year’s team event. Female runner Phumeza Bobotyana will also be there representing the club. According to Adams, “RCS has always had a strong connection with our community at large, but more specifically, the running community. We have a long-standing relationship with the Gugulethu Athletics Club, which encourages running in disadvantaged communities. This means that we understand the importance of staying active and connecting with nature. And what better way to do this than with South Africa’s most beautiful 3-day trail run?”

More than 300 entries have been received for the event ─ the largest number in the history of the race ─ with many first-time runners opting to do the SOX Sport. This option offers the same experience as the full SOX but with less distance (20, 15 and 20 km).

According to TriSport founder and director, Sonja Terblanche-Otto, it’s very encouraging to see so many new runners entering the race and she’s extremely excited about the future of trail-running in South Africa.

The RCS SOX Trail Run features three unique routes. On day 1 athletes will find themselves in the Outeniqua mountain range, day 2 consists of trails through the indigenous forest, while day 3 finishes off with a rugged “on-the-edge” coastline run with an exciting 60 m floating bridge across the Touw River.

The race village for 2017 SOX is at the Wilderness Hotel with the entire hotel booked for the SOX athletes.

As always this type of event would not be possible without the support of sponsors and TriSport would like to thank RCS (title sponsor), Retail Capital, SANParks, Spur Steak Ranches, BOS ice tea and First Ascent.

To find out more about the race, visit http://trisport.co.za/trievent/rcs-sox/.