“Roberta Durrant tells the story of KROTOA with impeccable direction and provides a fresh, new take on an untold story, now told for the first time. Definitely, something that should not be missed!,” says film expert, Leon van Nierop, about this historical hit, which performed so well during its opening weekend. 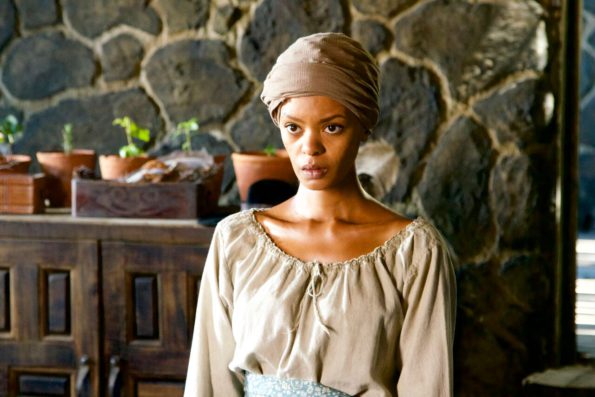 The film recently launched at twenty-five cinemas across the country and has already been seen by about 7 500 viewers, earning nearly half a million at the box office. It has also made its debut onto the Top 10 of the national movie charts. This is an exceptional achievement for a South African drama.

This remarkable drama tells the story of a feisty, bright, young eleven-year old girl (Charis Williams), who is removed from her close-knit Khoi tribe to serve Jan van Riebeeck (Armand Aucamp), her uncle’s trading partner. She is brought into the first Fort, established by the Dutch East India Company in 1652. There she grows into a visionary young woman, who assimilates the Dutch language and culture so well that she rises to become an influential interpreter for van Riebeeck, who became the first Governor of the Cape Colony. KROTOA (Crystal-Donna Roberts) ends up being rejected by her own Khoi people and destroyed by the Dutch when she tries to find the middle way between the two cultures. She loses everything to give birth to the great nation we all share today.

The film, written by Kaye Ann Williams and Margaret Goldsmid, was created by a dynamic team of women, with acclaimed filmmaker Roberta Durrant as director and producer. “We are very encouraged by the opening weekend of KROTOA – we had wonderful reviews from Media24, Rapport, Daily Sun, The Star, Bioskoop and City Press. The film was given a four-star rating, with all the media encouraging South Africans to step out and see the film. We are pleased about this because, as a period piece, it is advantageous to see the film on the big screen. It is clear to us from the feedback from the opening weekend that the film has a wide appeal to all South Africans,” says Durrant. Scriptwriter, Kaye Ann Williams, who previously worked on a documentary about KROTOA’s life, is equally excited about how the film was received: “I am thrilled about the opening weekend but especially thrilled about the discourse the film has opened up around the important subject of KROTOA and her contribution to our history.”

“Although I usually regard it as a cliché when someone says that a movie is ‘on international standard’ “or” that it ‘looks just like an international production’, I often caught myself thinking the very same thing while watching this film. There is something about the clarity of the images, the quality of the sound design and the way in which the shots were planned – that is on a completely different level,” says Bioskoop’s Anna-Marie Jansen van Vuuren. “KROTOA is a thought provoking film that will stay with you long after the credits roll. This film is a must-see for all South Africans and hopefully it will start a dialogue about the untold history of indigenous people,” Channel24’s, Leandra Engelbrecht, concludes.

KROTOA was produced by the SAFTA Award-winning film company, Penguin Films, in association with kykNET. It also features impressive performances by actors such as by Jacques Bessenger, Deon Lotz, Marcel van Heerden, Roeline Daneel, Brendan Daniels and Ernest St Clair. The film can currently be seen at cinemas, nationwide, and is distributed by Ster-Kinekor Entertainment.