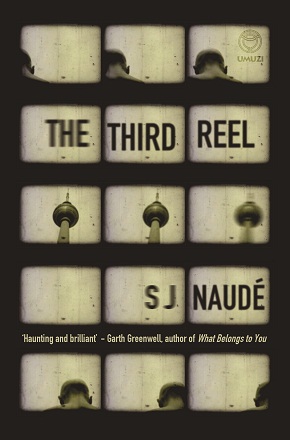 Etienne Nieuwenhuis is a lost soul adrift in the England of the 1980s who fled South Africa to escape conscription and his homophobic, bullying father, whose motto on the family’s coat-of-arms, if he had one, would probably read: “Vir Volk en Vaderland”, and everyone else be dammed. Etienne makes the decision to leave home while in his final year of engineering studies, much to the disgust of Nieuwenhuis Snr, and to the sorrow of his mother, even though she is firmly under her husband’s thumb.

Penniless, Etienne meets some members of the End Conscription Campaign, who appear to be all talk and no substance. They can’t offer him much assistance, except later, when they arrange a scholarship for him to study at the London Film School, and then in Berlin.

Meanwhile he drifts from squat to squat, each one worse than the other, and has liaisons with other gay men, and his first encounter is with a New Zealander campanologist, Frank, in a dusty, musty bell-tower. But life doesn’t always turn out as you plan it and everything changes dramatically for Etienne, when he meet a German artist, Axel, who has an enormous tattoo of an oak tree on his back. Axel works a nurse in the paediatric section of a hospital and his art works, his installations are obscene, and a lot of the material he uses he gets from the children in the ward, some terminally ill.  One horrific installation is of Victorian post-mortem photographs, on one side, and on the other, identically posed images. But the models are alive and are of the children who pass by on their way to school. In a glass case on a pedestal is a flask of fresh semen that Axel fills every morning. The title of the installation is “Wake Up the Children”.

Etienne also makes a film of Axel’s work as a project for the film school where he finds a reel of film made in the 1930s by a group of Jewish film makers.

It is the first of three and he is determined to find the other two. It becomes a compulsion and he tells his lover about the missing reels. One night Axel gives him a file and a film which is the second of the third reels. The file is the diary for the production of  the Berliner Chronik, directed by Ariel Schnur and Irmgard Fleischer, who is Axel’s blind grandmother. Written in German, which Etienne at first doesn’t understand,  asks Axel to translate it and the fragments of text. There are lists of names: potential cameramen, technical staff, timetables and some storyboards that Etienne puts up on the wall. And so begins his quest to find the third reel. He advertises in the community papers and elsewhere. The responses come in but mainly from cranks, including a woman, who is infatuated with Etienne.  Then he gets a key with a red ribbon that leads him to a dying man and a reel of film.

When Axel is on his deathbed he gives Etienne a message that sends him to Buenos Aires where he finds a sheet of paper in an old typewriter.

SJ Naude, who also wrote the much acclaimed Alphabet of Birds, has captured the spirit of Margaret Thatcher’s Britain of the 80s perfectly: the squats, the depressing grey of London, the anti-apartheid campaigners, the beginning of HIV Aids and of people with big dreams and visions for a better world who join forces to make ends meet.

The Third Reel is a complex novel with many layers and allegories. It is an unsettling book that will give you plenty to think about. However, it is compelling reading and is just as compulsive as Etienne’s search for the missing reel