Joshua na die Reen’s continues to captivate listeners with his unique musical style and soothing voice and just released a new music video for the song LAAT DIE WIND MY NEEM from his second album release, Die Wêreld Binne My. 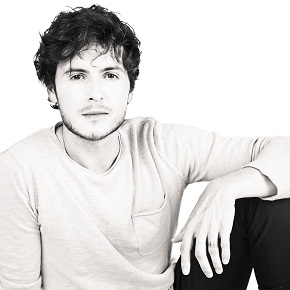 “The song, Laat Die Wind My Neem, can be described by looking at the first words in the second verse of the song: Soms wil ek net loop waar die velde in my groen is en die lug vol hoop, maar om die droogte in die oë te kyk, dit leer my die kuns om te staan deur tyd, which translated means: Sometimes I just want to walk where the fields are green and the sky is full of hope, and to look at the drought in the eyes, it teaches me to stand strong against time,” says Joshua.

“For people, it is always so difficult to just walk away from certain things and to work through difficulties (in relationships or the battle in yourself), so you can walk away learning from this experience but if you run from it, it will just come back again.”

The video was produced by Jean de Villiers from DaVille and shot in Hogsback in the Eastern Cape.

Die Wereld Binne My consists sixteen original tracks.  While the lyrics of these songs were already written a year before the albums’ recording, over time, the songs have developed into their own hits.  The album can be ordered on www.jndr.co.a and there is also a list of music stores on the website where the album is available.