Providing an opportunity for old varsity friends to renew their rivalry, while also creating a platform for current students to compete, are the driving forces behind next month’s Varsity MTB Challenge.

In addition, the second edition of the two-day mountain bike race – which starts at Nederburg in Paarl on September 30 – is open to the public as the organisers strive to offer a “race for everyone”. 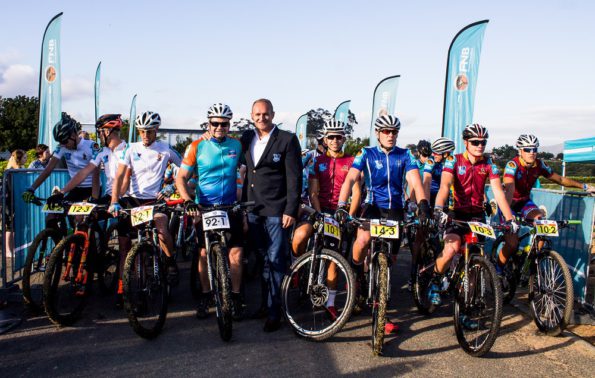 “Mountain biking is one of the fastest growing sports in the world,” said the former Springbok captain and 1995 World Cup winner. “Some may even argue it’s the new golf.

“There is no other mountain bike race in South Africa that speaks directly to the alumni market, while also giving current students and the public a chance to race for their university.”

Pienaar said the Varsity Sports concept began with rugby’s Varsity Cup and its success saw it extended to other sports.

“Only a handful of people believed the inter-collegiate concept similar to the model in the US could work here,” he said.

“The concept is quite simple – fostering and supporting the development of talent in South Africa, supported by a structured sponsorship and investment platform at a grassroots level.”

He added it created an opportunity for a more unified competition structure at university level, which acted as a trampoline for young talent to progress to national squads.

Pienaar said the Varsity MTB Challenge was not a Varsity Sports initiative, but a mountain biking event Asem had launched to gain entry to the market.

“The vision was to create a mountain bike race aimed at university alumni and the general cycling community.”

He explained that the country’s eight top university teams competed in a separate race within the Challenge.

Pienaar felt the Varsity Sports concept had been a success because of the passion the students and alumni had for their varsities.

“Sport and cultural events unite people like little else,” he said.

“It also gives you the opportunity to be part of a team. We all want to belong to something and what better place to create community and healthy rivalry than on and around the sports field.”

He added that the Varsity MTB Challenge was unique as it was the only mountain bike race in SA where the public could ride for the university of their choice.