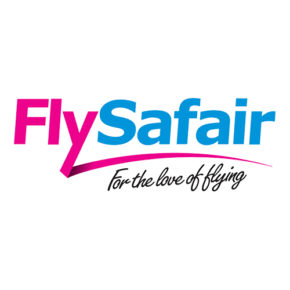 Since its initial flight in October 2014, FlySafair has received many accolades. Recently ranked the world’s most on-time airline for 2017 by OAG, FlySafair achieved an annual on time performance (OTP) rating of 95.94%. FlySafair is one of three airlines to receive a five-star rating in the first year of OAG’s star rating system.

At the Airports Company South Africa (ACSA) annual awards ceremony, FlySafair received a Best Low Cost Carrier award for every airport it operates. The awards judge customer experience at each airport on an individual basis. FlySafair set a new record for the awards series by winning at every one of its airports.

In just over two years, FlySafair has impacted the industry by sticking to its mission of uniting people with who and what they love, and by providing low-fare, hassle-free, on-time travel experiences. FlySafair currently services the South African cities of Cape Town, Durban, East London, George, Johannesburg, and Port Elizabeth.

The Radixx PSS has been instrumental in sustaining this rapid growth and success, as FlySafair strongly values its real-time data analytics and business intelligence, which allow FlySafair to adapt on the fly and better prepare for the future. Radixx’ PSS is unique in its customizability, helping the carrier easily manage tasks such as:

 Creating dynamic pricing options and personalized offerings, as well as data-reliant routines and processes based on evolving needs

Regarding the extended partnership with Radixx, FlySafair’s Head of IT and Innovation, Eswee Vorster, notes “Our continuing partnership with Radixx seems to grow from strength to strength. Radixx has been part of FlySafair since inception, having supported our vision and short term goals in terms of technology and innovation from the start. We value the relationship and have a mutual understanding on the way we do business. We are looking forward to be part of Radixx’s future growth strategy and are excited to see how this will take us to the next level of maturity.”

Ron Peri, Radixx International CEO, states that “Radixx is committed to supporting FlySafair’s unique business model and thus thrilled to be with them for at least seven more years. Our work together represents a real commitment to supporting economic growth within South Africa and the region, by facilitating the affordable movement of people and goods. We are excited to see FlySafair continue to grow and be widely-acknowledged as a pioneering industry leader.”

FlySafair is the low cost carrier of Africa’s foremost leading aviation service provider, Safair, who boast an established history of enabling airlines and operators to successfully navigate their business in an ever-changing business climate. The company’s dedication to excellence has been fostered by their years of expertise and experience in providing aircraft leasing, maintenance, special operations, chartering and training services. FlySafair’s goal is to be South Africa’s favorite airline. Their mission is to unite people with who and what they love, by providing a low-fare, hassle-free, and on-time travel experience. More information at https://www.flysafair.co.za.