It is predicted that the greater Eden area will experience a dry spring and start to summer. 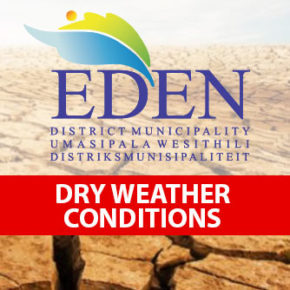 The South African Weather forecasting service system shows enhanced chances for above normal rainfall for the period along the coast and adjacent interior of the Northern Cape, but only slightly above normal for the western parts of the Western Cape and slightly below for the eastern parts.

For October through to December, the prediction is above the norm for both the Western and Northen Cape, except the extreme southern parts of the Western Cape where it is projected to be slightly below the norm.