The unique raspy voice of spiritual music group, 2ndLife’s, lead singer, Boon, is the perfect match for the heartfelt songs and lyrics they have become known for. 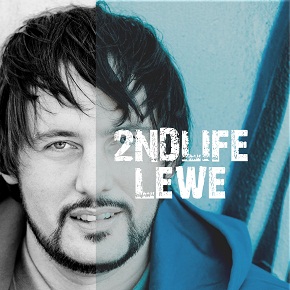 This duo has been conquering the hearts of local and international music enthusiasts since their debut album, Everything is Possible, was released in 2011. They plan to build on this success with a brand new Afrikaans offering, called LEWE (Life). “The Afrikaans market has many songs about braais, brandy, parties, sports and broken hearts. We wanted to offer South Africans something that addresses deeper issues in life, such as heaven, uncertainty, fear, life questions, the future, faith, hope, and more. Our work offers a combination of easy-listening and spiritual music and can be described as vitamins that are taken through the ears and absorbed by the soul,” the duo explains enthusiastically.

The first single and title track, LEWE (Life), has just been released and is one of those songs that stays with you long after you’ve heard it for the first time. The hit, written by the pair themselves, builds on the inspiring winning recipe which made them famous and combines a mixture of electronic sounds with other string instruments, like the banjo, mandolin, guitar, piano and violin. “We write emotional music that fits into a specific time in our lives. During my father-in-law’s long illness, we tried to capture all our own emotions, as well as his, in our songs. LEWE (Life) deals specifically with the questions we all have about our purpose on earth,” shares songwriter and manager, Liezel Boonzaier. “Although the lyrics are meaningful, the melody is commercial and easy to listen to. The music is also written to resonate with audiences of all ages, in order for us to reach a broader audience.”

Boon (Gerrit) Boonzaier grew up with music. He has been singing since he was five years old and even wrote a book, called Die Singende Seun (The Singing Son), at the age of seven. After school, he had to choose between tennis and music and decided to follow his heart. The Pretorian studied music at the Tshwane University of Technology and has been singing professionally since he was eighteen. Before 2ndLife was founded in 2010, he was lead singer of the successful group, Movie 55, who enjoyed regular airtime on various radio stations such as 947, PukFM, East Coast Radio, KovsieFM, UJFM, KFM and many more.

After a tragic event brought Liezel and her two children into his life, they decided start over together and 2ndLife – a name that represents their family – was born, with Liezel as songwriter and Boon as vocalist. Over the years, music has become their soul food, recovery path and medicine and they want to share this journey with audiences. The group’s English album was an instant hit and was very well received, locally and abroad. However, their dream has always been to convey their inspiring message in their mother tongue, which led to the creation of their first Afrikaans album. “Our aim was to write the most beautiful Afrikaans music that this country has ever heard. We are pleased with our latest release. It took us seven years to get the inspiration for this album together and we hope it will make listeners feel good and touch their hearts”, they reveal.

If Boon had to choose any other profession, he would have liked to be a psychiatrist, because it is important to him to help and inspire other people. He enjoys a wide variety of music, ranging from Classical to Rock, and lists Freddy Mercury and Miles Kennedy as his greatest inspiration. He would also like to work with Koos Kombuis someday, because he has been a fan of his work for a long time. “I would like my music to inspire hope, love and faith. I am fortunate enough to be able to support my family by doing what I love and living my dream. However, the music industry has taught me that you are just as good as your next release and that you do not have to sing other people’s music, but can rather write and create your own,” he explains.

2ndLife’s goal is to inspire people with their music and message. The alternative approach and captivatingly beautiful interpretation of the songs on their new album, combined with Boon’s velvety voice, are the perfect ingredients for a product that is not only going to make waves in the South African music industry, but also promises to impress the most critical ear.