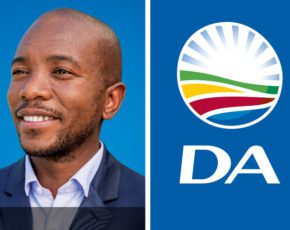 Ask KPMG, which is now under heavy fire for enabling and benefitting from state capture. They’ve learnt this lesson, but it may be too late. Their formal systems were slow to hold individual decision-makers responsible, and now the entire organisation is at risk. At best it will suffer major reputational damage. At worst, an outraged (and accountability-hungry) public will mete out an inappropriately severe punishment, forcing clients to dump KPMG, causing the entire organisation to collapse like the Gupta’s PR firm, Bell Pottinger, did last week.

Without doubt, all those decision makers at KPMG who were responsible for enabling or turning a blind eye to Zupta state capture must be held to account and criminal charges should be pursued against them. And KPMG must accede to Gordhan’s request for full disclosure of KPMG’s role. But to shut down the whole company is to wield a blunt instrument that is unlikely to achieve real justice. The fact is, when leaders are able to evade accountability, it puts their whole organisation or institution at risk. And this is exactly what is playing out in our democracy. We have failed to hold individual political leaders responsible.

All evidence – and there is plenty to go by in former Public Protector Thuli Madonsela’s report State of Capture and in the 200 000 GuptaLeaks emails – points to Zuma, his son Duduzane, the Guptas and cabinet ministers Malusi Gigaba, Mosebenzi Zwane, and Lynne Brown as the main state capture players. And yet not a single prosecution has been launched.

The DA has laid criminal charges against all the main state capture players, but SAPS, the Hawks, and the NPA have done nothing at all. If the DA were in power, a Special Investigating Unit would have been launched. Above all others, the duty to bring these perpetrators to book rests with NPA head Shaun Abrahams, who is nowhere to be seen. He has failed us immeasurably.

And the National Assembly has failed in its constitutional duty to hold these individuals to account. The ANC rejected the DA’s request for an ad hoc committee to investigate all the allegations. Instead, in June 2017, four Parliamentary Portfolio Committees – Public Enterprises, Home Affairs, Public Service and Administration and Mineral Resources – were tasked with “urgently” probing allegations. These have proceeded at a snail’s pace. Only the Public Enterprises Committee has begun to hold hearings. Lynne Brown stated in that committee that there was nothing untoward between Trillian and Eskom. And yet since then, much incriminating evidence has come to light. We have referred Brown to the Ethics Committee for misleading the public.

Three months have passed, yet the other three committees have failed to summon a single minister. Not even Malusi Gigaba who, as Minister of Home Affairs, used his personal discretion to grant naturalised citizenship to the Guptas, enabling them to classify as BEE recipients and access tenders. Bizarrely, the Director General has been suspended for this decision, even though he opposed it.

This is a massive indictment on Parliament, and an indication of just how weak the institution has become – because the ANC believes it is untouchable electorally. Section 92 of the Constitution states that: Members of the Cabinet are accountable collectively and individually to Parliament for the exercise of their powers and the performance of their functions. Parliament needs to find and use its teeth. It must establish a properly resourced ad hoc committee to undertake a thorough, holistic investigation. And then it must advise the President that these ministers are unfit to hold office.

Last week, the DA was in court to try to force the President to abide by former Public Protector Thuli Madonsela’s instruction to him to establish a judicial inquiry into state capture, led by a judge appointed by Chief Justice Mogoeng Mogoeng. The DA was also in court last week to try to force the NPA to prosecute the President on 783 counts of corruption. We await rulings on both these cases. Public Protector Busisiwe Mkhwebane is failing South Africa too. Her investigation of these ministers should be an urgent priority for her office.

The DA believes strongly in individual accountability. (We have just fired a councillor in Johannesburg, for wrongdoing.) The ANC eschews individual responsibility in favour of the collective. They have consistently protected guilty individuals and so they, as a collective, must take responsibility. The entire organisation deserves to be rejected by the electorate. Whereas the majority of KPMG’s employees played no part whatsoever in enabling Zupta state capture, the same cannot be said of the ANC. Dr Makhosi Khoza, who resigned from the ANC yesterday, said in her resignation speech:

If we were to prosecute all known corrupt cases including those implicated in the Gupta e-mails‚ almost 80–90% of the ANC leadership at all levels of government would have to replace their shiny tailored suites and pretty dresses with orange overalls.

Corruption is not a victimless crime as our President would have us believe. On the contrary, it is a crime against every single South African, and we are all very much the poorer for it. Many will be poorer still if the Zuptas succeed in capturing their next target for corruption: the Public Investment Corporation (PIC), which manages the Government Employees’ Pension Fund. This week, Zupta cronies tried unsuccessfully to remove PIC chief executive, Dan Matjila. They will not give up easily. And nor should South Africans. As the KPMG affair has shown: ultimately, the power lies with the people. We must use it wisely.