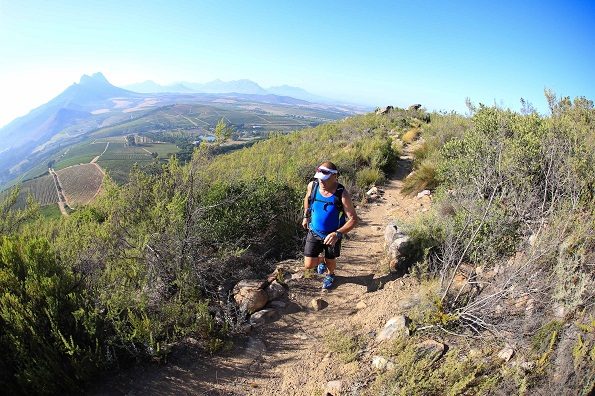 Keen trail runners and mountain bikers will once again have the opportunity to race in this unique conservation area right at the start of the annual stage race season. 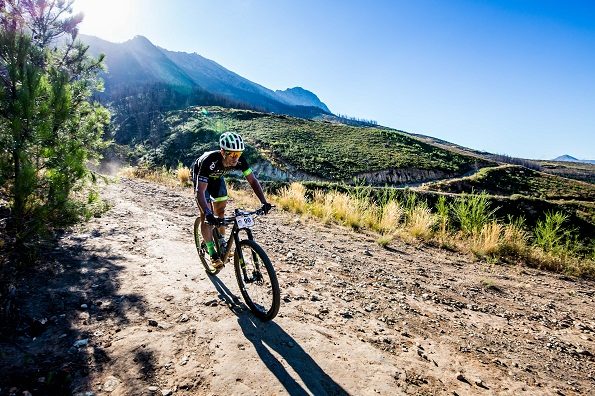 A total purse of R40 000 will be up for grabs in 2018 with equal prize money to be awarded for the ladies’ and men’s overall winners over two days.

The Fairtree Simonsberg Contour MTB Stage Race was launched in 2016 in collaboration with Fairtree Capital, the Simonsberg Conservancy, local landowners and Stellenbosch event organisers Dirtopia in an effort to expand and showcase the expansive single-track trail network on the Simonsberg Mountain.

The inaugural MTB Stage Race – dubbed the Fire Ride – took place shortly after the devastating Simonsberg fire in 2016, which damaged 90% of the trails that were constructed over a 2-year period and also destroyed large sections of the forest canopy.  However, route designer and race director, Meurant Botha from Dirtopia, deployed more than 50 trail workers to ensure that a slightly adapted route was ready for race weekend.

After the resounding success of the inaugural event, remarkable vegetation regrowth has already taken place and according to Botha, riders can look forward to even more new trails for the 2018 race.   “The final route will be launched later this year, but longer route riders can expect daily stages of 55-60km with around 1500m elevation, while the shorter 40km route option will focus on a fun trail experience with an 800m climb.  For 2018 we are adding more singletrack to day one, while minor tweaks are on the cards for day two. Sunday’s route boasts over 25km of singletrack and ranks as one of the best stage race days around”, explains Botha.

As an Early Bird Special, all entry fees will remain the same as 2016 entry fees and only increase on 1 January 2018.  Riders can customise their entry and opt for the following variations: 60km both days (R975), 40km both days (R825), 40km on Saturday and 60km on Sunday (R875), 60km Saturday and 40km on Sunday (R875), 60km one day only (R495) or 40km one day only (R420).  The entry fee also includes a goodie bag with a bottle of local wine, coffee and a breakfast snack, buffet lunch as well as daily bike wash and lube service.  A secure bike park is set up so riders can leave their bikes on site overnight.

With over 40km of mountain singletrack, connecting more than 10 wine estates, the region is considered a hotspot for mountain bike trail riders and also offers a rare glimpse of harvest season in the winelands.  Delvera Farm, well-known for its family friendly atmosphere, will be the host venue, where visitors and supporters can relax and enjoy the outdoors if not competing.

In 2017, the event was expanded to include the Fairtree Simonsberg Contour Stage Race Trail Run with starting and finishing points at Delvera Farm just outside Stellenbosch.   Entry fees vary according to route selection and whether runners opt for one or both days:  25km both days (R650.00), 12km both days (R500), 12km and 25km respectively (R580.00), 12km on either day (R270) or the 7km fun run on the Sunday (R175).  The entry fee includes timing, a goody bag, breakfast, lunch, water points and a medal.

Dirtopia has spent the last three years developing new routes on Delheim, Uitkyk and Muratie wine estates. These trails are now operated in partnership with the landowners and the Greater Simonsberg Conservancy is the primary event beneficiary. The conservancy represents more than 20 farms around the mountain and is currently focused on a multi-million rand alien clearing project to return large tracts of the mountain to its original fynbos and renosterveld vegetation.

Fairtree added that “We are very proud to be associated with the Fairtree Simonsberg Contour and look forward to welcoming riders for the third edition of the “Fire Ride”. Dirtopia and the landowners have done an incredible job in preparing and maintaining the trails over the past few months. A number of the Fairtree team and Portfolio Managers are excited to be taking part in both the MTB and Trail Run. We can attest that participants are in for two fantastic weekends on the trails.”

Enter online at www.dirtopia.co.za to qualify for the Early Bird Special.  Entries are capped for both events due to the conservancy status of the route, so enter now to avoid disappointment.