Government’s National Health Insurance (NHI) scheme and Demarcation Regulations are unequivocal violations of South Africans’ constitutional rights to freedom of association and access to healthcare. Rather than engaging in such repressive behaviour, government should be funding private medical care for the poor. 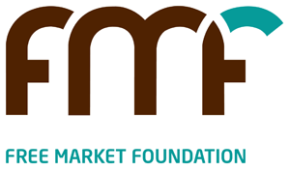 Freedom of association and disassociation is a right guaranteed by section 18 of the Constitution. This means that if you as a free person do not want to associate yourself with someone or something, you need not. This, read with the section 27(1)(a) right to have access to healthcare, unambiguously means that South Africans cannot be forced to associate with a government programme should they prefer a private alternative. When these rights are read together, South Africans are legally entitled to choose their medical service providers without molestation by government.

Government interfered with healthcare throughout the days of Apartheid. The enactment of the Constitution has done little to stop it from doing so. In fact, health minister Dr Aaron Motsoaledi recently declared that NHI “affects all citizens in the country; they have to belong to it, they don’t have a choice”. Such arrogant rhetoric from the senior public servant implies that the Minister either does not understand the Constitution or, simply, does not care. Both of these possibilities fly in the face of our constitutional commitment to the Rule of Law.

By forcing South Africans out of their private healthcare arrangements and into NHI, government is violating both our right to access to healthcare and our freedom of association. Furthermore, government commits the gravest violation of the Rule of Law by showing South Africans and foreign investors that not even the Constitution is strong enough to constrain the grandiose and fanciful ideological escapades government embarks upon. This begets uncertainty and arbitrariness.

Proponents of centralised healthcare will be quick to point to section 36, the provision which limits rights in the Bill of Rights, to justify government’s senseless intervention. However, this would be overly-hasty. Section 36 provides for the limitation of rights, not the extinguishing of rights. The health department’s current trajectory with NHI and its accompanying Demarcation Regulations stand to extinguish freedom of association in healthcare entirely, and limit the scope of access to healthcare unjustifiably.

The solution is simple.

The discussion about NHI and healthcare in South Africa has gone off the reservation and taken on a Fabian character: instead of acknowledging that constitutional rights are being violated and that this must stop, government is concerned only with the extent to which it will violate our constitutional rights. This creeping decline in respect for the Constitution stands to eventually create a repressive and poor society. South Africa, as far as healthcare goes, must return to the Rule of Law.