The South African Government highlights that breast cancer is not only one of the most common cancers among South African women, but increasing as well. 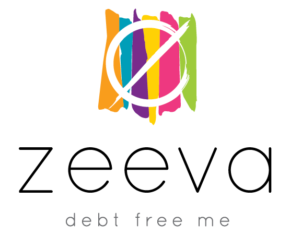 As it is Breast Cancer Awareness Month, Zeeva encourages women to go for regular check-ups and mammograms. Early detection can ensure effective treatment and diagnosis. Experts say about 90% of patients go into years of remission when breast cancer is detected at the early stages. According to Jaco Visagie, director and financial advisor at Finsafe, 75% of Sanlam’s and Old Mutual’s 2016 dread diseases claims were admitted for cancer. Twenty-seven percent of this percentage was for breast cancer and six percent for colon/rectum cancer.

Here is a bit of a reality check on what to expect regarding breast cancer costs, as stated by Visagie:

The treatment or therapy that can be offered, before or after surgery, include systemic therapy such as chemotherapy with or without hormonal manipulation, targeted biologic treatment and radiation therapy. The treatment recommendations are dependent on numerous factors including the size and location of tumor, the age and health status of the patient as well as the extent of the disease.

Why is it important to have a proper medical aid in place?

Visagie says: “The good news is that cancer is one of the conditions covered under prescribed minimum benefits (PMB), which means that all medical schemes in South Africa must cover members according to the standard treatment offered via state facilities.”

Oncology benefits are normally limited and it depends on the medical aid level of cover members / patients choose. Some medical aids offer options to upgrade once diagnosed and others even offer special treatment. Medical aid members need to make sure that they understand the terms and conditions involved.

Unfortunately the oncology benefit that the medical aid(s) provide is not enough, highlights Visagie. The reality is that very few patients have enough funds to cover all the costs. The reason for this is: when someone is diagnosed with cancer, the medical aid puts the person onto an oncology benefit, which is usually limited to between R200 000 or R400 000 for the year. If treatment costs exceed this amount, which is often the case, doctors have to make a plan and adjust the treatment thereof.

The problem South Africa faces today is that the benefits offered by medical aids have not kept up with the cost of modern treatment. Medical aids are under pressure to sustain their solvency levels and as a result, have not increased the oncology benefit amount in the last six years.

Prevention is indeed better than cure, that’s for sure. But, unfortunately the financial implications treating breast cancer are enormous. It is therefore important for women to do the necessary research to make sure their medical aid will cover most of the costs (if diagnosed with breast cancer). Zeeva furthermore encourages women to also try and start a medical emergency on the side to cover the additional costs that the medical aid does not necessarily cover.

The Zeeva Debt Management Program is the first company in South Africa to combine the power of the NCR’s debt review process with benefits exclusively created for women. Zeeva aims to empower South African women so that they can take back control over their debt – providing them with support and breathing space to get their glow back. Contact one of their skilled debt advisors:  0861 444 483; email: info@zeeva.co.za or SMS “Your Name & ZEEVA” to 30967 (free SMS).