The SWD Eagles kept themselves in the hunt for the semifinals as they thrashed Eastern Province Kings 66-22 (halftime 40-10) in their Currie Cup First Division rugby match at Outeniqua Park, George on Friday. 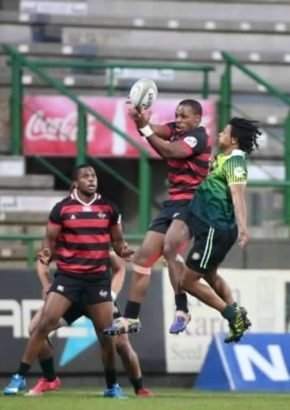 The home side ran in 10 tries to four to move into fourth position on the log standings with their group stage games now complete.

The Eagles knew they needed a big win to have any chance of qualifying for next week’s playoffs and they managed to do just that by outplaying the Kings in all aspects of the game.
They also managed to secure a bonus point for good measure.

They now face a nervous wait to see how Boland Cavaliers fare against the Welwitschias in Swakopmund, Namibia on Saturday. A Boland win will secure them a semifinal berth ahead of the Eagles.

The Kings came into the game having not won in six starts. Another thumping loss in George has accentuated what has been a dismal campaign for the team from the Bay and much hard work lies ahead for the administrators in that region.

The Kings got the ball rolling with a quick start by scoring a try through fullback Harlon Klaasen in the opening minute.

But SWD bounced straight back minutes later when captain and flyhalf Martin du Toit forced his way over. There were further tries for hooker Kurt Haupt, Flank Johannes Stander and centre Marquit September before the EP Kings replied with their second by Klaasen.

But two more tries by Stander and Du Toit made sure the Eagles enjoyed a healthy 40-10 lead at halftime.

Du Toit then got in for his hat-trick of scores while left-wing Adrie Jacobs (2) and replacement JC Vermaak added three more to close the game off. Fullback Leighton Eksteen slotted eight conversions for a personal tally of 16 points.