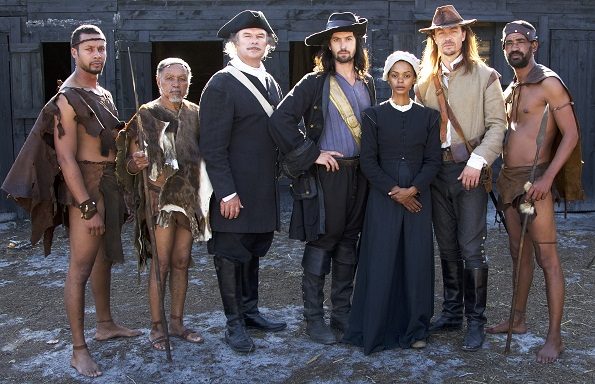 The 13th Montreal International Black Film Festival ran from September 27 to October 1, 2017 and announced its prize winners at the Festival’s closing ceremonies on Sunday October 1.

Winners were selected by a professional jury. Other films in the running were Carpinteros, by José Maria Cabral (République Dominicaine); Kalushi – The Story of Solomon Mahlangu, by Mandla Dube; Dabka, by Bryan Buckley.

The film’s director, Roberta Durrant has commented on the award, “We can’t be more honoured that this important story about an extraordinary woman in our history has received this award.”

Krotoa has also been selected as the gala night opening film at the Toronto South Africa International Film Festival which will be held on the 14th & 15th October in Toronto, Canada. The writer, Kaye Ann Williams and Crystal-Donna Roberts (KROTOA) are looking forward to Skyping in from SA to answer the Q&A after the screening.

The film has recently been picked up by Shoreline Entertainment in California, USA  for international distribution throughout the globe.

The seven-week cinema run is finished in South Africa with the rental release scheduled for the 27th November. The DVD will be available in stores and online from the 1st December.

KROTOA was produced by the SAFTA Award-winning film company, Penguin Films, in association with kykNET and is distributed by Ster-Kinekor Entertainment.