Nigerian oil company Aiteo is quickly earning a reputation for success and forward-thinking initiatives.  The Aiteo Group’s CEO, Benedict Peters, has shown what it takes to rise in world of oil and energy, Nigeria’s largest sector. 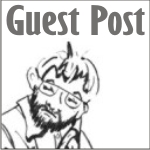 Following the slow recovery from Nigeria’s economic recession, many are wondering how to better prepare the country to avoid such a downturn in the future.  The recession was Nigeria’s worst economic decline in over two decades. It was made worse by persistently low oil prices which made a massive dent in the country’s economy and led to currency inflation.

The Aiteo CEO, a proponent of the recent Petroleum Industry Governance Bill (PIGB), has been vocal about his solution to keep Nigeria’s energy sector standing tall and leading Africa forward after the recession.  He is very optimistic about Nigeria’s position in the world of energy solutions in the coming years.

Even though Peters himself may not be a household name, news last April of Aiteo sponsoring the Nigerian Federation (FA) Cup will certainly give his company to some well-deserved recognition.  Aiteo has solidified a five year, $8.2 million deal meant to tie up many loose ends in the federation such as unpaid salaries, which have tarnished the reputation of Nigerian soccer. Seen as the largest sponsorship in Nigerian sports in recent years, this is a huge win for both Nigerian football fans and Aiteo as well.

One can see a clear correlation between Aiteo Group’s support for local Nigerian football, and Peters’ own vision for his company.  Peters and Aiteo operate under a model of dedication to the people and country of Nigeria.

As far as his support for the PIGB legislation, Peters is on record noting that it will give more opportunities to regional players in the energy sector.  He argues that the best way for Nigeria to emerge even more powerful from the economic recession is to embrace local solutions for energy problems. This involves changing how the sector has been run in the past, which is why he showed vocal support for the PIGB bill.

Aiteo’s vision for the future of Nigeria’s oil and energy sector requires embracing localized solutions, even on a micro-grid level.  Peters believes that Nigerian energy companies need to be open to exploring other alternatives when dealing with Africa’s energy crisis like solar, wind, and other macro and micro-grid solutions.

Peters believes that the new PIGB bill will open the door for more local Nigerian companies and thinkers, who are armed with more regional knowledge and understanding, to establish themselves in the sector.

Though Africa is plagued by a relative lack of overall infrastructure compared to much of the developed world, Peters maintains that this might turn out to be an advantage in the long run.  With the right steps forward, Africa can become an energy powerhouse in the coming decades.  He believes that while many countries will be stuck repairing and maintaining older, soon-to-be obsolete energy infrastructure, African countries have the opportunity to skip this step completely.

Leading African countries such as Nigeria should focus on innovating and employing newer technological and alternative energy solutions on a micro and macro level, and can do so without the cost burden of maintaining old infrastructure which currently doesn’t exist.  He believes that instead of struggling to catch up, Nigeria and other countries can go a completely different direction and lead as an example to the rest of the world.

A Model for Regional Success

Peters’ own business successes vouch for his qualifications as a leader in Nigerian oil.  With a net worth of over $2.7 billion, he is one of the richest men in Nigeria, and certainly Africa as well.  Peters earned experience in the 1990’s after graduating from the University of Benin, where he immediately went to work in the oil and energy field, co-founding the company Ocean and Oil.  In 1999, after working as a managing partner for oil firm MRS, Peters founded his own company where he is still CEO, the Aiteo Group.

Aiteo has been a relatively quiet yet successful organization, but has accelerated in the last few years. In 2015, Peters was able to close Aiteo with the deal to acquire OML 29, Nigeria’s massive onshore oil block. This move has increased Aiteo’s production from 23,000 barrels of oil per day (bpd) to 90,000 bpd.

This increase has boosted Aiteo’s standing as a powerhouse, and Peters reputation as a successful and intuitive businessman. Aiteo is clearly proving itself as a leader within the field, and Peters’ vision for Nigeria as an energy leader should be considered by those who worry about Nigeria emerging from the recent recession.