Eric van der Vyver, who served as president of the South Western Districts Cricket Board between July 1994 and July 1995, passed away in East London on 1 November 2017. 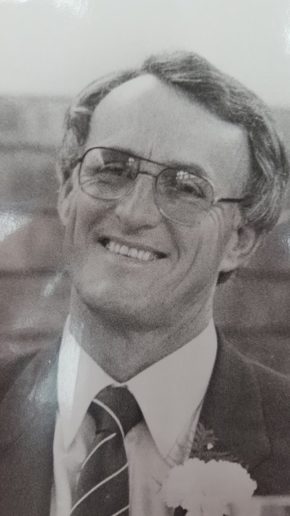 Van der Vyver, who was born on March, 19th 1935, will especially be remembered for this contribution to the development program in Thembalethu in the early 1990’s. In a post on the Facebook social media platform, Mr John Komanisi, a former vice-president of SWD Cricket and member of Thembalethu CC expressed words of praise for mr van der Vyver. “His legacy is company executives, engineers, accountants, coaches and community leaders….the list has no end but most importantly his legacy is still living in the currently development program in Thembalethu that produces cricket players, coaches and future leaders”.

Mr Rudy Claassen, the President of SWD Cricket, paid tribute to mr van der Vyver’s contribution towards SWD Cricket. “He served as president during a period where resources were very restricted but volunteers, such as mr van der Vyver, pushed hard to keep the dream alive of the structures and programs that we can benefit today”. “”We honour his legacy and on behalf of the SWD Cricket family I would like to extend our condolences to this family and friends”, Claassen said.

He is survived by his widow, Betty, to whom he was married for 60 years, as well as three daughters and a son. His son Barry, is a former first class cricketer who represented Griquas and Eastern Province. He also played for SWD before the union received first class status.