SANParks has placed the following measures to manage the possibility of a 100% predicted rainfall (Tuesday afternoon to Wednesday morning) for 3 of its estuaries: the Swartvlei (Sedgefield) and Touw River (Wilderness) estuaries as well as the Groot River (Natures Valley): 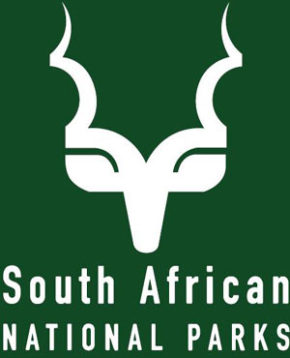 According to Jonathan Britton, ranger in Wilderness, ‘the necessary preparatory channels are ready both for the Touws River and also in Sedgefield.  In addition, machinery to help fast-track the opening of the mouth (breaching) is ready to open the estuary mouths when the water reaches the correct levels as stipulated in the Garden Route National Park’s Management Plan.So should it rain and water levels rise to 2m, we can breach (open the river mouth).’  Rangers are monitoring the water levels very closely.

The method used for this is ‘perodic artificial breaching’ of the estuary mouth. The set standards for breaching are when water levels in the estuary reach 2 meters above mean sea level (amsl) for Swartvlei and between 2,1 and 2,4 meters for the Touw River. Artificial breaching is associated with a reduced head/ of water behind the sand berm at the mouth. The estuary can be highly productive when it is closed for fish, birds, water plants and biological diversity.

According to Dr. Ian Russel ‘when an estuary closes benthic microalgal populations (play a key role in regulating carbon and nutrient turnover and in supporting food webs in shallow-water) begin to recover and build up. This forms an important base of the food web providing nutrition for invertebrates that are consumed by fish and birds. The stable conditions of the closed phase also provide suitable conditions for the growth of submerged plants.’ The plants also provides foraging and refuge habitat for juvenile fish.

He adds the estuary mouth will generally close naturally during the low rainfall periods as there is a reduction of the inflow of freshwater.

Estuary: ‘An estuary is defined as a partially enclosed coastal body of water, which is either permanently or periodically open to the sea, and within which there is mixture of seawater with freshwater derived from land drainage

Lagoon: A coastal lagoon is a shallow, coastal body of water, separated from the ocean by a barrier. This barrier can be formed by a coral reef, barrier islands, a sand bar or less frequently, rocks. The depth of a lagoon seldom exceeds a few meters.