Heavy rain and localized flooding is expected along the coastal areas of the Eden District and eastern parts of the Overberg tomorrow (Tuesday) into Wednesday morning. 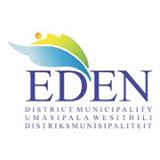 Heavy rain (50mm and above of rain in a 24hr period) is likely mainly over the coastal areas as well as the mountainous regions of the Eden District. Periods of heavier downpours of rain are expected over Eden District from tomorrow afternoon into Wednesday morning. Rainfall is expected to persist into Wednesday (but clearing along the west coast), with rainfall amounts of 5-10mm across most of the Province but clearing from the west. A further 20-30 mm can still be expected in places over the Eden District. Rain persists for the eastern parts of the Province for Thursday morning, clearing from the afternoon.

With continuous rain for the southern Cape from tomorrow through to Wednesday, and heavy downpours of rain at times, localized and flash flooding may occur in places over the Overberg and Eden Districts. As a result of cold air moving over the Province, freezing levels may drop to the height of the mountain ranges, particularly over the Central Karoo.