The Public institution mandated to promote and ensure biodiversity conservation in the Western Cape, CapeNature has made positive progress over the 2016/2017 financial year despite growing concerns over climate change. 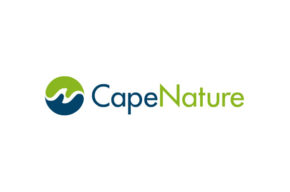 Some concerns in the local media surfaced after the International Union for Conservation of Nature (IUCN) World Heritage Outlook 2 – an update of the 2014 IUCN World Heritage Outlook report was released this month. The report indicates that, globally, the number of natural World Heritage sites threatened by climate change has grown from 35 to 62 in just three years and that in particular, certain conservation authorities mandated to manage part of the Cape Floral Kingdom Protected Area World Heritage Site in South Africa face major challenges.

The report also reveals that the management of natural World Heritage sites internationally has dropped in quality and effectiveness since 2014, notably due to insufficient funding. Fewer than half of the sites are currently being managed to good standards.

Here in the Western Cape, CapeNature’s stance analysis in the soon to be released Provincial State of Biodiversity Report 2017 is that the biggest immediate threat is in fact habitat lost by agriculture and transforming land for development. Climate change and degradation of habitat by aliens is a concern but at the moment, few species have been shown to be directly impacted by climate change (Widdringtonia cederbergensis).

The state of the organisation’s priority areas for biodiversity conservation is not only focused on Critical Biodiversity Areas where there has been shown to be hectares lost but also areas not lost yet in an unprotected natural state. These are being lost in spite of our regulatory safety net, considered forward planning for the expansion of the protected area estate, private stewardship or benign neglect. Thus a major loss to biodiversity conservation and ecosystem service delivery.

However, the report also includes some success stories, which show tangible, positive impact of effective management here at home in the Cape Floristic Kingdom World Heritage Site and across the world.

While CapeNature acknowledges that there are challenges around these pressing concerns of frequent fires and the management of invasive alien vegetation spurred on by climate change, the organisation has made great strides in biodiversity conservation.

Invasive species are a major threat to biodiversity in mountain catchment areas, as they disrupt the delicate natural balance in ecosystems. It is estimated that approximately 1.44 trillion litres of water is lost to alien invasive plants nationally each year. CapeNature’s Chief Executive Officer, Dr Razeena Omar says “We’ve succeeded in removing invasive plants from 20 636 hectares of priority conservation land across the province over the last three financial years and maintained this with a follow up of an additional 209 358 hectares.”

Omar adds, “The 69 338 hectares of land added to the protected areas in the province through stewardship agreements during the last financial year strengthens building a connected landscape that is resilient to climate change.

Members of the public are encouraged to get involved and help by learning how to identify, control and remove invasive species. Tips include; educating others, remove plants while they are still small, replace invasive plants with indigenous ones and plant water-wise plants in your garden.

Report confirmed unpermitted clearing of natural land (especially endangered ecosystems to the Department of Environmental Affairs and Development Planning (DEADP) on law.enforcement@westerncape.gov.za or visit their website to join the conversation.

For more information and interview requests contact Loren on lgeorge@capenature.co.za or 021 483 0059.